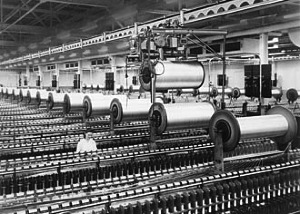 The former Uniroyal tire cord plant, which Hyosung took over in 2002, employs 106 people.

The facility was built in 1944 by the Defense Plant Corp. to help with the war effort, and Uniroyal bought the plant in 1945. Hyosung bought the plant from Michelin North America, and struck an exclusive supply deal with Uniroyal’s successor.

And earlier this year, the South Korean form announced plans to build a greenfield tire cord plant in Vietnam.