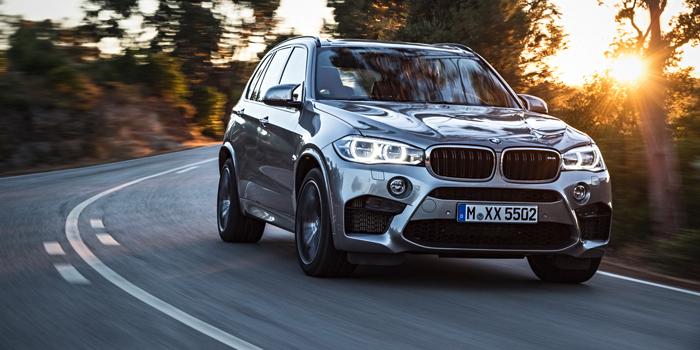 A crossover or crossover utility vehicle (CUV) is a vehicle built on a car platform that combines features of a sport utility vehicle (SUV) with features from a passenger car, to varying degrees. Crossovers use the unibody construction typical of passenger vehicles instead of the body-on-frame platform found in light trucks and the original SUVs.

A CUV may also borrow features from a station wagon or hatchback, like the two-box design of a shared passenger/cargo area with rear access via a third or fifth door, plus flexibility to allow configurations that favor passenger and/or cargo volume. Crossovers are available in front-wheel drive, rear-wheel drive, four-wheel drive or all-wheel drive. Typically, CUVs are designed with only light off-road capability, but some do not have off-road capability at all.

Although crossovers are an increasingly important market segment, the idea is not new. The 1948 Willys-Overland Jeepster convertible coupe included most of the attributes of modern CUVs, but was ultimately a sales failure. A more direct forerunner was the 1979 AMC Eagle. It was an adaptation of a standard, unibody AMC passenger car with the addition of four-wheel drive and a little pretense of off-road capability. Overall, AMC Eagles sold in reasonable numbers and were practical vehicles that were, in many ways, an early version of today’s CUV.

When CUVs first entered the market in significant numbers roughly 15 years ago, they captured what otherwise would have been SUV sales. Most of the CUVs resembled traditional SUVs or station wagons. U.S. domestic manufacturers were slow to switch to CUVs from their emphasis on light truck-based SUVs, so foreign automakers took advantage of the opportunity to target the U.S. market. However, by the 2010 model year, domestic automakers had quickly caught up.

The terms “crossover” and “CUV” are marketing terms. Many consumers cannot tell the difference between an SUV and a crossover nor do most people care. To most drivers, CUVs look like sport utility vehicles, but ride like cars. Manufacturers have presented vehicles as CUVs simply to avoid calling them station wagons. Others have produced crossovers primarily because station wagons have fallen out of favor with consumers. This is particularly true in the United States. We’ve also seen models like the Infinity FX series and BMW X6 that emphasize sportiness over utility.

The continuing rise of CUVs is one of the global megatrends of the automotive industry. The appetite of the CUV segment remains strong while SUV sales have leveled off. Crossover sales in the U.S. first exceeded 50% of the overall SUV market in 2006 and continue to increase. To illustrate, the Audi Q5 is Audi’s best-selling vehicle in the U.S. and Audi CUV sales are almost 50% of their total U.S. sales. Well over half of Lexus’ sales volume has come from its SUVs and CUVs since the late 1990s, by far the largest portion of which is the RX crossover.

Suppliers of original equipment (OE) tires have had to stay at the forefront of this trend. CUVs generally have lighter gross vehicle weights than SUVs, which creates different vehicle dynamics. OE tire manufacturers must consider this in their designs to provide tires that offer ride quality, durability and fuel economy.

When a consumer buys a crossover, the decision is probably based on the high stance, advanced safety features, seating capacity and cargo space offered by most models. When they purchase replacement tires, they need tires that will allow them to continue to take full advantage of those important features. To decide which tires will suit them best, it’s important to understand the various types of tires that may be appropriate for your customers’ CUVs.

Most crossovers used for day-to-day driving would likely benefit from standard passenger or touring tires. They generally offer the best combination of safety and comfort, both desirable traits for most CUV owners. The tread patterns are usually quiet (the open space in the back of a CUV can amplify road noise), and provide good traction and braking in both dry and wet conditions. Their stability, smooth ride and reasonable handling are all desirable characteristics.

Light truck-style and SUV tires are best for drivers who use their crossovers for purposes that are more heavy-duty in nature, like hauling a lot of heavy cargo or frequently venturing off-road. Within this class, they can choose from highway, off-road and all-terrain offerings. True LT tires with their higher load ratings and tougher sidewalls may even be appropriate for some customers.

If fuel mileage is a significant issue, low rolling resistance tires can be attractive to some consumers. Engineered to maximize fuel efficiency, not only can these types of tires improve miles per gallon, they also offer the potential to save the CUV owner a significant amount of money over the life of the tires.

In regions where temperatures reach near or below freezing or snow and ice are likely, CUVs with four-wheel drive or all-wheel drive need to be properly equipped. Although most consumers are likely to be content with all-season tires, winter tires are the best way to make sure they won’t be caught unprepared – especially when driving performance-oriented CUVs are equipped with summer tires. Even all-wheel drive can’t revoke the laws of physics, plus many performance tires are simply scary at temperatures below 45 degrees F.

CUVs were born by mixing the more desirable characteristics of cars with those of SUVs. Most crossovers seek to blend utility and some off-road capability–with car-like refinement. In general, they avoid the dismal fuel mileage and clumsy handling of the large SUVs that preceded them. Today there are so many CUVs that it is hard to keep track of them. Fortunately, they all still need replacement tires and many of them require larger, more expensive sizes.

Having a conversation with the customer and asking the right questions is the best way to determine they needs and find the right tire. As the popularity of these vehicles continues to climb, so does the importance of your expertise when it comes to vehicle comfort, performance and safety.

The Rise of the CUV