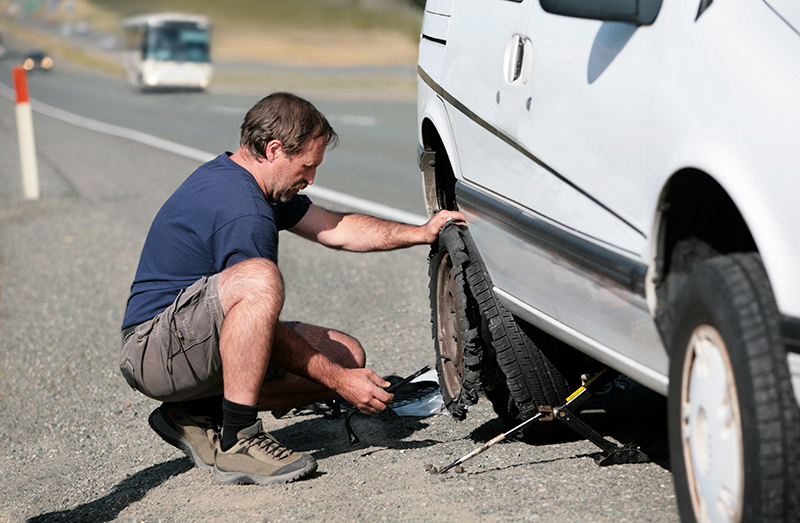 The load index of a tire tells you how much weight the tire can carry. Also known as load rating, the load index is represented by a number that’s found on the tire’s sidewall.

The load index of a tire tells you how much weight the tire can carry. Also known as load rating, the load index is represented by a number that’s found on the tire’s sidewall. That number corresponds to the load-carrying capacity per tire, indicating the amount of load or weight that one tire can carry safely when inflated to its maximum load-sustaining pressure.

The load index shouldn’t be confused with the load range, which is a letter value also printed on the sidewall. The load index represents the tire’s toughness and ability to hold higher air pressures.

Most passenger vehicles have load index values that range from 70 to 110, which translates to the ability to carry 739 to 2337 pounds, respectively.

Specific tire maximum-load capacities, he said, are set by industry standards organizations such as The Tire and Rim Association (T&RA), the European Tyre and Rim Technical Organisation (ETRTO), and the Japan Automobile Tyre Manufacturers Association (JATMA).

“As long as the tire’s maximum capacity is sufficient to carry the required vehicle axle end load, the tire is okay,” he said.

Margadonna added that one of the cardinal rules about tire load is this: “You just always have to meet that placard [requirement] or greater – there are no exceptions.”

Load ratings, however, may not be the first thing to enter a customer’s mind when they walk into a tire dealership. They may be unaware that tires even have different load limits, not taking into account how they use their vehicle, like hitching on a trailer to haul an old refrigerator, a horse or their weekend toys.

So, what can happen when customers do not know about the importance of load ratings – and close cousin, air pressure – and are sold tires that are incompatible with their vehicle or how that vehicle is used?

T.J. Tennent is an engineering manager with Bridgestone Americas Tire Operations who has has first-hand experience on how load can lead to serious tire failure. Bridgestone and Firestone perform accident consultations with law enforcement and state highway patrol agencies, so Tennent was able to provide a vivid illustration from his experience working at accident sites.

The accident he used as an example involved an SUV and its owner – an SUV owner who “didn’t have much money,” Tennant said. The owner had replaced tires on an ad hoc basis and none of them matched.

He went on to say that air pressure in tires makes a big difference to tires over time.

“If you do not put enough air in that tire to suffice for the load that you’re carrying, as the tire rotates around on the vehicle, when it comes in contact with the ground, there’s a certain amount of deflection.”

Tennent explains that degradation occurs over time in tires without adequate air pressure, saying, “When you look at a tire and most people think, ‘Oh, that’s a low tire; the sidewalls are kind of bowed out.’ So as that vehicle’s [tires] rotate, those tires continue to bow out and that actually establishes friction between the tire and the road, the tire and the internal components of the tire, and the tire and the wheel. It’s kind of like bending a paper clip back and forth until it gets hot and finally breaks.”

He explained that the friction and heat that built up on the mismatched tires of the SUV caused a real tragedy.

“In this particular instance, one of those tires did exactly that. That tire broke apart under that situation of heat and friction and insufficient air pressure for the load. Unfortunately, that vehicle rolled over and some of the occupants [died in the crash].”

For that same reason Tennent says that he would never recommend that a consumer purchase used tires. He explained that you never know if those tires were run with insufficient air pressure for the load at some point, causing damage that’s hard to detect until it’s too late.

As the above example helps to illustrate, different tire load ranges need to be respected and understood. According to information provided by Bridgestone, Euro-metric and P-metric tire sizes are “originally designed for cars and stationwagons,” but “have also been used for light truck applications because most vans, pickup trucks and SUVs are used to carry passengers, not cargo.”

As a further nuance governing the use of Euro-metric and P-metric sized tires on vans, pickup trucks and SUVs, Bridgestone notes, “Because these vehicles have a higher center of gravity and greater probability of being overloaded than passenger cars, vehicle engineers are required to specify Euro- or P-metric sized tires rated to carry 10% more weight than would be required if they were used on a passenger car…the equivalent of taking the tire’s load capacity branded on its sidewall and multiplying it by 91%. For example, a Euro- or P-metric tire designated to carry 2,000 pounds on a car is restricted to carrying 1,820 pounds when used on a van, pickup truck or SUV.”

Because of the lighter weight, lower rolling resistance and less aggressive tread designs (which makes them better riding) more fuel efficient and less noisy than typical heavy-duty tires, most of the new light trucks being produced today are equipped with Euro- or P-metric-sized tires.

At the same time, LT-metric-sized tires were specifically developed for use on light trucks and are built to be tough. They also use higher inflation pressures to carry a given load within a margin of safety. Bridgestone describes LT-metric tires as the “little brothers” of the heavy-duty tires fitted to 18-wheelers and busses, using the same basic engineering guidelines regarding load capacity.

Customers aren’t always aware of tire distinctions, leading to opportunities for education. For instance, when a customer owns a vehicle that comes equipped with XL (extra load) tires (such as some BMWs, Audis, and Corvettes) and needs new tires, they might see a tire deal advertised and expect that same price – not realizing that the vehicle needs the more expensive XLs.

The team at Michelin used the Porsche 911 and Porsche Cayenne as an example. Some Porsche models require XL tires – and XL will be marked on the tire.

When either tire size or load range is changed from that with which the vehicle was originally equipped, and assuming those changes will meet or exceed the load carrying capacity required for the vehicle and customer’s use, a call to the tire manufacturer is the best way to determine the proper recalculated air pressure when in doubt.

Pat Keating, senior manager of technical engineering with Yokohama Tire Corp., provided a great example of an actual call fielded by the Yokohama customer service center in March 2017. The customer needed to know the air pressure for his new tires, but he changed the original size. Old tire size was: P265/60R18 and the new is LT275/65R18 123/120 S.

Keating’s said that his team recommended 40 PSI, which was 5 psi higher than the placard.

“Even though the new tire was larger, LT-metric tires use a different load calculation formula than P-metric tires,” he said.

Keating emphasized the importance of air pressure to load, saying the “amount of load [tires] can carry when properly inflated is mind boggling…. That’s always reminded me that tires don’t carry any load; it’s air that carries the load.”

Load ratings are standardized. Pull any given tire size, and the load that it could carry is consistent across all brands for that size, Keating said.

Trends in tires and in vehicle design also have had an impact on load ratings.

“We’re seeing tires that are larger in size, which means more load capability. The same is true in the recreational market, and we define recreational as pick-ups trucks, SUVs, even CUVs. So, we’re seeing that trend, too, that there’s a thirst to go to a little bit more load capacity,” says Margadonna, citing the Honda Odyssey minivan as an example.

Keating notes that as rim diameters get larger, the load capacity of the tire changes.

“It’s the cavity of the tire that matters for load carrying capacity, so if they have a bigger rim they might have a smaller cavity.” He adds that tougher stopping distance requirements have also increased load on tires.

Because of this trend towards higher load capacity across a spectrum of markets, it is even more important to be aware of loads carried. Tennant’s father lives on a Louisiana farm and sometimes hauls animals. He said that he cautions his father often.

“When you hook that fifth-wheel trailer up – and you’ve got those 2,000-pound bulls in that trailer – you need to increase your air pressure in the rear tires because now you’ve got a whole lot of extra load from the tongue on that trailer on your rear axle.”

Hence, when a customer walks in to purchase tires, Tennant notes that a visual inspection, plus asking the right questions, is crucial. Walk around the vehicle. Is there a tow hitch? That’s the first thing to look for and ask about, as tow hitches can now be attached not only to trucks but to cars and SUVs, too. If there is a tow hitch, what does the customer tow? Or, if the customer has a pickup truck, is there a fifth wheel in the truck bed?

An example provided by Yokohama shows an actual placard illustrating the 2009 Subaru Impreza WRX with a 225/45R17 tire size, a 91 load rating, and a W speed rating. The placard illustrates that when the car is loaded with three people and a small amount of baggage or cargo, the front tires should be inflated to 230 kPa (about 33 psi) and rear tires should be inflated to 220 kPa (about 32 psi). If the Impreza was loaded with five adults and packed full of luggage, the recommended rear tire pressure increases from 220 kPa to 230 kPa; but, if the Impreza was towing a trailer, the rear tire pressure recommendation increases to 36 psi.

Margadonna noted that customers should be informed about the importance of monitoring tires, performing monthly air pressure checks and inspections. He said that the average age of a vehicle is 11 years. Because many older vehicles are not equipped the TPMS as mandated by the TREAD Act, care must be taken to ensure vehicle safety.

Educating your customers on load ratings and the impact of load on tire performance and safety can help protect them from future harm. It starts with a conversation.

The Importance of Load Ratings: The Unsung Hero of Vehicle Safety 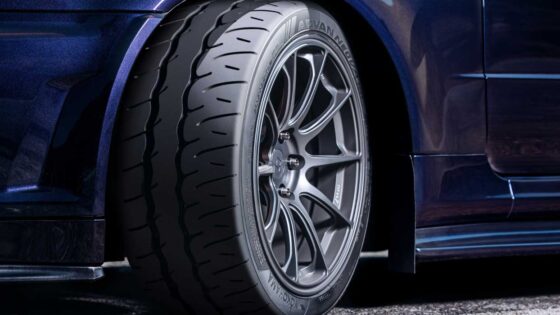