Noisy tires suck, but why does this happen? Is it really all the tire’s fault?

Motor vehicle noise has been a problem since the first attempts to produce a “horseless carriage.” Because all tires are inevitably a compromise to meet widely differing conditions (temperature, weather, road surfaces, ride and handling requirements), reducing tire noise has always been difficult. 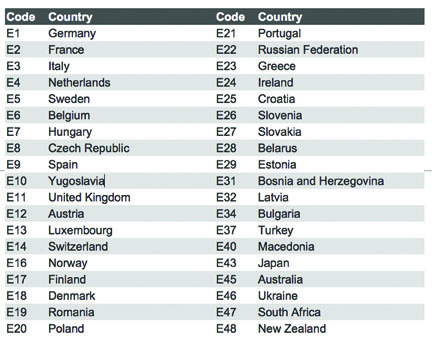 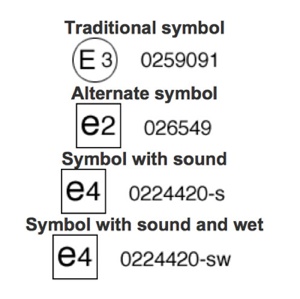 Despite these modern challenges, major reductions in noise have been achieved. By some estimates, improvements in materials, construction, contours and, above all, tread patterns, have made today’s passenger cars less than 20% as noisy as those produced 30 years ago.

Commercial trucks have improved even more dramatically, producing less than 10% of the noise of their 1980s predecessors.

There are two types of noise produced by a moving vehicle: “interior noise” heard by the driver and passengers, and “exterior noise” affecting people outside the vehicle. Although some level of noise from the engine is often considered desirable (especially for high performance vehicles), tire noise isn’t on anybody’s list of favorite sounds.

Interior noise is an important issue for both tire and vehicle manufacturers. Tire noise intrudes on the luxurious environment vehicle manufacturers strive for in many of their offerings. High levels of tire noise can make conversation in the vehicle difficult. Also, with many of today’s drivers preoccupied with switching between audio sources, making phone calls, checking out the GPS and eating, it makes sense to reduce distractions as much as possible.

Engines, powertrains, tires rolling over the road surface and air passing around moving vehicles all contribute to exterior noise. At low speeds, especially in urban areas, engine and powertrain noise, caused largely by acceleration from a stop, is the dominant noise source. Above 30 mph, noise from the interaction of tires with the road surface plays the larger role.

The most common noise produced by tires is tire pattern noise. Pattern noise is what people usually are referring to when talking about tire noise; it occurs because air is trapped in the tread pattern and is suddenly released as the tire rolls along the road surface. Tread elements successively hitting the road surface can create what’s known as a “rhythmic percussion.” Tread designs made up of short, repetitive patterns often generate a whine. Usually, a tire with a rib tread pattern is much quieter than a tire with a lug or block tread pattern. 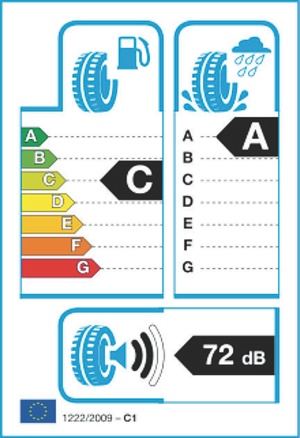 Tiremakers continue to look for a formula for variable pitched treads that will produce the least noise. No one claims to have discovered the exact pitch sequence that consistently produces the best noise characteristics, but engineers have been able to reduce noise significantly. Undoubtedly, improvements will continue to evolve.

Other Noise Sources
Not all tire noise is due to the design of the tread pattern. Tires also make noise because the tread elements squirm under the weight of the car and slip over the pavement. At low speeds, some of the easiest places to observe this type of noise are parking garages with polished concrete floors.

The squealing noise that occurs during rapid acceleration, hard braking and high speed cornering is a result of significant slippage of the rubber on the road surface. This slippage creates an intense self-induced vibration of the tread that produces the sounds TV and movie producers are so enamored with. Similarly, the combination of poor tire uniformity and a rough road surface can result in what is known as “elastic vibration noise.”

Government Intervention
Tire noise has not escaped the attention of government regulators. So far, the U.S. Department of Transportation and NHTSA, responsible for developing many of the standards for vehicles and automotive components sold here, have not developed anything like the tough noise standards mandated in Europe. Nonetheless, motorists here will still benefit from this research, according to tire industry experts.

The United Nations Economic Commission for Europe (ECE), which establishes standards for passenger and commercial vehicles, has long regulated the physical dimensions, sidewall branding, durability and high-speed endurance requirements of tires sold there. More recent ECE standards have extended to wet traction and tire noise. The ECE noise standards were first applied to OE tires on new vehicles beginning in 2004 and have expanded to all tires sold in Europe.

The ECE symbol on the sidewall includes the letter “e” or “E” and number code in a circle or rectangle. It represents the tiremaker’s certification that the manufacturer certifies the tire meets all regulations, including the load index and speed symbol that appear in its service description.

The first number identifies the country where a tire was originally registered (such as E2 for France or E4 for the Netherlands), followed by two digits indicating the regulations under which the tire was approved (“02” for passenger tires and “00” for commercial vehicle tires). The final four or five digits represent the tire size and type.

Tires that meet the “pass-by” noise limits and wet traction standards may have a second ECE symbol with an “s” (for sound) and “w” (for wet traction).

In addition to the ECE branding, beginning on Nov. 1, 2012, labels indicating fuel efficiency (rolling resistance), wet grip and noise became mandatory on all replacement passenger tires sold in the European Union. The new EU label grades tires on “A” to “G” scales for fuel efficiency and wet stopping distance. The external noise generated by the tire is indicated both in decibels (dBs) and by black sound waves that indicate the noise class of the tire, from 1 (quiet) to 3 (loud).

“Pass-by” noise is measured from the sides of the road with a vehicle traveling 50 mph with the engine switched off. A tire rated “one wave” is half as noisy as a tire rated with “two waves.” Ratings are established by size, with narrower tires having to meet lower dB requirements than wider tires. As a result, while the dB level can readily be compared to all other passenger tires, a particular tire’s number of sound waves is only measured among tires of the same size.

Tire Noise Expectations
For practical purposes, the noise reduction available from the tires alone may have reached the limits of the current state of the art. Although improvements to a particular tire or line of tires certainly are available, any significant reductions in overall tire levels may not be possible without affecting desirable performance characteristics.

If the weather was always dry and warm, it might be possible to build perfectly smooth roads and tires without tread designs. Slick tires on pool table-smooth roads would produce a lot less noise. Unfortunately, the need for wet weather traction requires coarse road surfaces and tread patterns that drain away water. And roads are made up of a variety of materials that inevitably include bumps, manhole covers, pavement joints and other obstacles.

So significant additional reductions in tire noise are likely to require that tire and vehicle manufacturers, road builders and urban planners all work together to evaluate new types of road surfaces and materials.
Tires that were quiet when first installed but become much louder as they wear are still with us. Tires get noisier as they wear because of their construction, tread design and uneven wear. As a tire wears and the thickness of the tread and its sound insulating properties are reduced, it gets closer to its belts and reinforcements – this can increase tire noise.

Directional tires often get louder as they wear; much more than non-directional tread designs. Tires that are allowed to wear in an uneven manner produce more noise and even steering-wheel vibration. Proper tire rotation and wheel alignment are critical to avoiding such problems, especially with directional tires.
Like so many other aspects of the tire business, managing customers’ expectations is important. Help them understand the performance characteristics of different types of tires. Find out how important a quiet ride is compared to handling, wear and value. Emphasize the need for regular rotation and alignment checks to promote even wear.

Although there are no guarantees that they will never get noisy, helping your customer choose the best tire for their needs and giving them an understanding of how to care for them can go a long way toward ensuring a good driving experience.