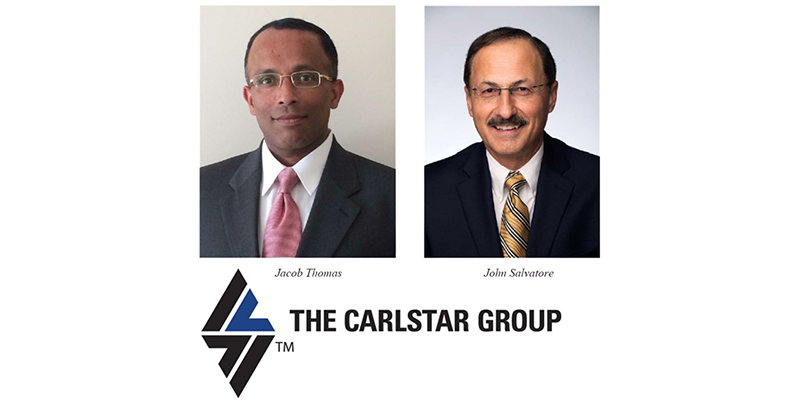 The Carlstar Group has appointed Jacob Thomas as chief executive officer and board member, effective May 8.

The Carlstar Group has appointed Jacob Thomas as chief executive officer and board member, effective May 8.

Thomas will succeed John Salvatore, who will retire at the end of May after serving as CEO with the business since 2015.

“We want to sincerely thank John Salvatore for his leadership over the past four years as a member of the Board and past three years as CEO of the Carlstar Group,” said Dino Cusumano, senior managing partner of American Industrial Partners (AIP), Carlstar’s majority shareholder. “Throughout John’s tenure, the organization has continued to deliver improved results and the business is well positioned for sustainable growth.”

Prior to joining Carlstar, Thomas was Group President of Clarcor’s Engine Mobile Filtration business (and vice president of engine mobile and hydraulic filtration platform after Clarcor was acquired by Parker Hannifin in March 2017). Prior to Clarcor,  Thomas served as president of the diaphragm and dosing pumps group of IDEX Corporation, where he managed a portfolio of businesses, including Warren Rupp.

Before that, he spent seven years in executive roles for Terex Corporation, including as the president of Terex Latin America based in Sao Paulo, Brazil. He also worked for nine years for Navistar International Corporation in a series of senior positions, including as vice president of Navistar’s big bore diesel engines business unit, and also held positions in product management and product development at Case Corporation and Ford Motor Company.

“Jacob Thomas is a highly talented and proven leader and an ideal match to lead the Carlstar organization,” said Cusumano. “In the near term, Jacob’s focus will be to continue Carlstar’s positive momentum and further accelerate the Company’s strategic business improvement and growth initiatives.”

Salvatore will remain on the Carlstar Board and will be a key senior advisor to AIP.

Advertisement
In this article:The Carlstar Group