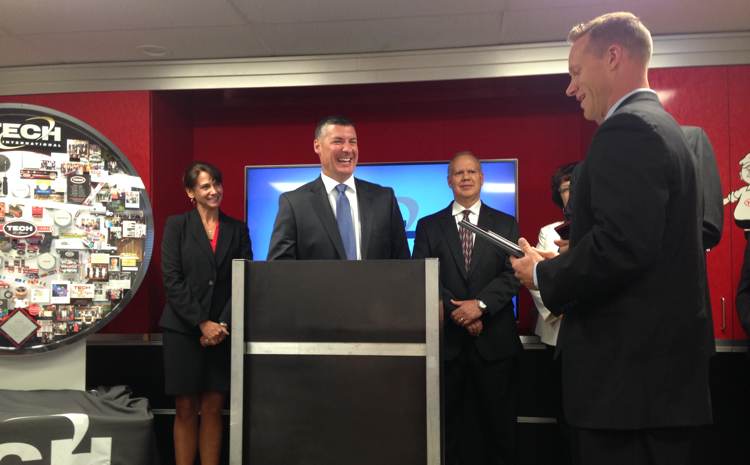 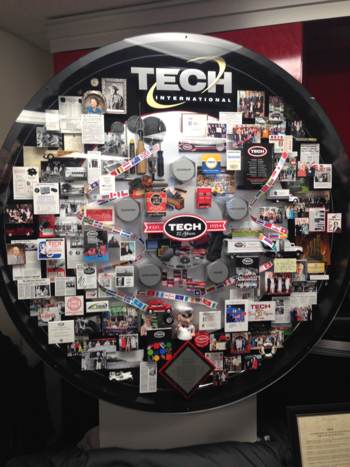 Tech International is celebrating a few things this year.

First, the company’s founder, Charles Cornell, will be inducted to the TIA Hall of Fame this year and at this year’s Tire Industry Honors Award Ceremony during the 2014 Global Tire Expo in Las Vegas.

Dan Layne, president of Tech International and part of the fourth-generation of family leadership at Tech, recognized Cornell’s accomplishments at the anniversary.

“Our founder, Charles Cornell, had the vision for Tech while working in the rubber industry. He saw the need for a better method of repairing tires,” said Layne. “So, in 1939 Charles left a stable job and, with his wife Rhea Belle, and created the Technical Rubber Co. Working out of the barn behind their home, Charles developed a rubber vulcanizing process that he used to develop repairs for tires and inner tubes in hot or cold applications. Charles named his invention the “2-Way” repair. This invention led to a complete line of tire and tube repair products, and it revolutionized the tire repair industry.”

Members of Johnstown’s Chamber of Commerce were present at the event as well as the city’s Mayor, Sean Staneart.

To celebrate the anniversary, Tech International commissioned a commemorative art piece. Tech collaborated with One of a Kind Art Studio in Maryland and used photos, newspaper clippings and mementos to create the commemorative piece. The piece will be installed permanently in Tech’s headquarters.

Advertisement
In this article:Tech International