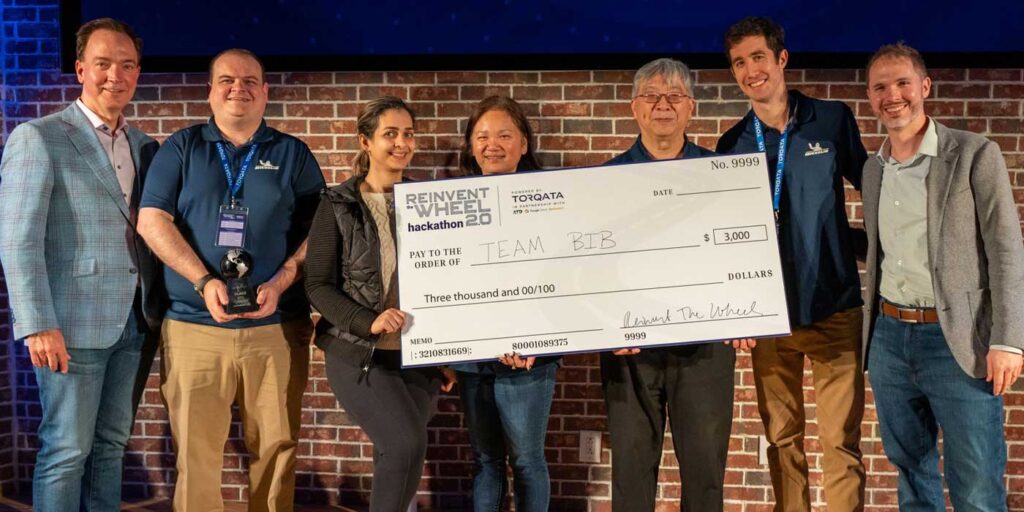 Torqata says a group of data scientists from Michelin, named Team Bib, won the organization’s “Reinvent the Wheel” Hackathon. According to the organization, the Hackathon is a competition inviting some of the world’s brightest data science minds to converge and solve a difficult data challenge for the automotive aftermarket. This year, the problem focused on sustainability and minimizing greenhouse gas (GHG) emissions in recycling millions of scrap tires collected in the United States every year.

The event – sponsored by American Tire Distributors (ATD), Google Cloud, and Continental, along with several other sponsors – attracted 21 teams of more than 100 students and professionals at the American Tire Distributors headquarters in Huntersville. The teams had just 24 hours to tackle two challenges: forecasting inbound scrap tire supply and optimizing how these scrap tires get to the recycler while minimizing GHG.

Team Bib, a group of Michelin data scientists, was awarded first place, winning $3,000 and tires, by developing machine learning forecast models and sophisticated optimization methods. The Huskies from Northeastern University won second place, earning $1,500, and the Database Avengers from the University of North Carolina at Charlotte (UNCC) finished third, earning $500. After Team Bib made a surprise donation of their winnings to Team Huskies, a fourth award was created for Team 808’s and Snowflake, which consisted of professional and student members from multiple companies, including Snowflake, Bank of America, and UNCC.

Torqata says the challenge requires skills in coding (specifically the Python coding language), data visualization, data science, and basic programming knowledge. After 24 hours of coding, mini-challenges, and giveaways, each team presented their solution to a panel of judges. This was the second Reinvent the Wheel Hackathon following an inaugural event in 2019.