Morry Taylor’s comments on the expiration of Titan’s option to purchase Goodyear’s European farm tire business have attracted some attention in Europe. 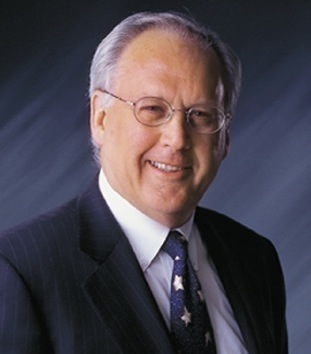 Goodyear and Titan entered into an agreement in 2009 for Titan to acquire Goodyear’s Latin America and European farm tire business. The parties closed on the Latin America transaction on April 1, 2011. The European business option contained a clause that Goodyear had to have a social plan for the closing of the passenger car business in Amiens, leaving 537 jobs in the farm business.

His statement, “It shows how screwed up things are in France when a company tries to save jobs,” has garnered some attention in Europe.

US Farm Tires Tycoon Attacks ‘Screwed Up’ France
Outspoken US agribusiness boss Maurice Taylor attacked France’s business practices as "screwed up," and questioned the country’s work ethic, after his quest to buy a tractor tire business was tripped up by employment red tape.

Mr. Taylor, the chairman and chief executive of Titan International, said that the tiremaker was turning to other acquisitions after failing in a two-year campaign to jump through all the regulatory hoops needed to acquire a Goodyear plant in Amiens, northern France.

Mr. Taylor, a former US presidential candidate, blamed the failure to seal the deal before an option to buy the site expired on Wednesday to the requirement for a social plan to close the plant’s car-tire operations.
"The factory unions have been successful in the French labor courts holding up such plans for a number of years," he said.

"Titan spent a lot of time and money trying to get Goodyear’s social plan approved but only a non-business person would understand the French labor rules."

‘Screwed up’
The failure contrasted with Titan’s experience in South America, where it in April closed the $98.6m purchase of Goodyear assets for which an outline purchase agreement was signed at the same time as for the French factory.

"It shows how screwed up things are in France when a company tries to save jobs," Mr. Taylor said, noting that the Titan takeover would have secured hundreds of posts in the farm tires business.

"Titan has other acquisitions that have been on hold while the put option was still active. Now Titan will pursue those options instead of waiting for the French unions to start thinking about their members."

He also signaled doubts over the industry of French employees saying they "are very good at what they do when they work but, as I told the union personnel, you cannot get paid seven hours for three hours of work."

US complements
The comments from Mr. Taylor – a Republican presidential candidate in 1996, who received about 1% of the vote in the primaries in which he ran, and is author of the book Kill all the lawyers- and other ways to fix the government – contrast with those he has made of US business leaders.

In August, he termed new bosses at Caterpillar and Deere & Co as "smart and aggressive," displaying the type of leadership that "will flow down through the ranks.

"I see their best years ahead of them," he added. David Calhoun was appointed chief executive of Caterpillar in May 2010, with Samuel Allen taking the same role at Deere in February 2010.

Titan, which makes tires for farm equipment groups such as Agco, CNH Global and Deere & Co, besides construction giants including Caterpillar, has also been making US acquisitions, including the controversial purchase two weeks ago of a closed Goodyear plant in New Jersey.

Discount Tire Set to Acquire Tire Rack
Connect with us