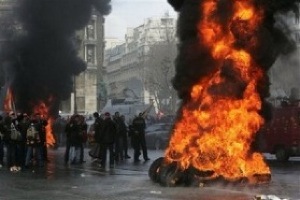 The consultation phase regarding the planned closure of Continental’s Clairoix tire factory that began on Mar. 11 has come to an end.

After more than eight months of talks between Continental France SNC and workers’ unions over the passenger car and light truck tire factory’s future, or lack thereof, the bodies representing employees have, in Continental’s words, “rendered their recommendations” on both the economic rationale in support of the planned closure as well as the qualification scheme included in the social plan for the plant’s 1,120 employees.

The social plan, says Continental, includes a large number of measures that were negotiated with the unions. These measures have been approved by Continental France’s central works council as well as the works council of the Clairoix production site. The plan is expected to be implemented at of the beginning of 2010. “We will now do our best in order to help and support as many employees as possible to find a new job in a timely manner,” said Nikolai Setzer, who is in charge of Continental’s PLT Tire division.

In reiterating the rationale behind the Clairoix closure decision, Continental notes that “since the end of the first half-year 2008 and furthermore as a consequence of the dramatic downturn of both the original equipment and replacement business for passenger car tires in Europe, the PLT Tire Division is facing a critical production overcapacity, now exceeding 20 million tires.” The company adds that closing the Clairoix plant, which had a maximum capacity of some eight million tires per annum, was one of a number of measures aimed at reducing this overcapacity.

The decision to close the French factory sparked heated employee protests in Paris and elsewhere. In light of this reaction, Continental takes pains to note the negotiations between it and the French unions were “actively supported by the French government and carried out according to the French law.” The end result of these talks, the company adds, can be “considered as difficult but [as negotiations that] finally led to the adoption of fair social and financial measures in favour of the Clairoix employees.” (Tyres & Accessories)