After months of speculation, the U.S. Supreme Court yesterday upheld key provisions of the Affordable Care Act, allowing the 2010 law to take effect.

After months of speculation, the U.S. Supreme Court yesterday upheld key provisions of the Affordable Care Act, allowing the 2010 law to take effect. 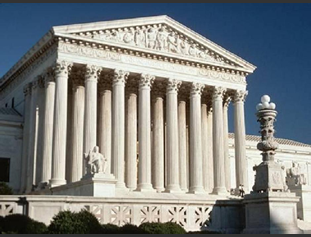 In a 5-4 decision, the justices, led by Chief Justice John Roberts, upheld the Act’s so-called “individual mandate,” saying the law’s requirement that individuals without any medical insurance coverage obtain “essential minimum coverage” by 2014. Individuals that do not purchase a basic policy would be subject to a federal penalty.

The majority decision said that “individual mandate” was essentially a tax, which Congress, under the Constitution, can implement.

On the dissenting side, Justice Anthony Kennedy and three other justices said "the entire Act before us is invalid in its entirety."

While many aspects of the Affordable Care Act have already been enacted, the individual mandate and other provisions won’t kick in until 2014. States will be required to establish their own health insurance exchanges, Medicaid coverage will be expanded to add 16 million low-income people, and otherwise uninsured Americans – and estimated 6% of the population – will be required to buy health insurance or face a penalty of 1% of their income.

Further, companies with more than 50 employees that do not offer insurance will also be penalized. In addition, insurance companies will not be able to refuse coverage for so-called “pre-existing conditions” or charge higher premiums on the basis of gender or health.

Not surprisingly, business organizations like the National Retail Federation and others quickly stated their displeasure at the Supreme Court ruling.

“As it stands, the law wrongly focuses more on penalizing employers and the private sector than reducing health costs. For these reasons, NRF has been a consistent skeptic of the Affordable Care Act,” the NRF said in a statement. “The law that emerged in 2010 was a controversial and partisan measure riddled with punitive mandates and penalties that were as unreasonable as they were unworkable.

“Although the Court upheld the law’s constitutionality, many problems remain: it penalizes employers too much; it doesn’t do enough to reduce the cost of health care; and it is unreasonably complicated and difficult to implement and administer.”

SEMA President and CEO Chris Kersting said, “In light of today’s announcement and the months of uncertainty surrounding the court’s ruling, it is now more important than ever to address the shortcomings of the Affordable Care Act. The law has not tackled the soaring health care costs faced by our member companies, limiting their ability to create jobs and expand their businesses.

“SEMA calls on Congress and the president to address deficiencies that have created confusion in the market, spiraling premiums and increased administrative burdens for small business owners,” he continued.