More than 5,000 workers at the Cooper Chengshan joint venture in China have continued their strike in protest against Apollo Tyres’ planned acquisition of Cooper.

[Editor’s Note: This story by the Xinhua appeared on China.org.cn. While we caution that this is a China media report, it is instructive to understand how the news is presented in that country.]

The employees of a Sino-U.S. joint venture in east China’s Shandong Province have continued their massive strike for more than two weeks in protest against a planned acquisition of the parent company by an Indian firm. 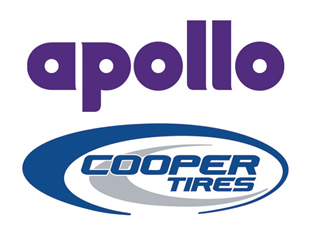 More than 5,000 workers at Cooper Chengshan (Shandong) Tire Co. Ltd. in the city of Rongcheng have halted production since July 13 to vent their discontent over the highly leveraged acquisition of the Cooper Tire & Rubber Co. by India-based Apollo Tyres Ltd.

The strike is the second to occur since the joint venture’s parent company Cooper announced it would sell the company to Apollo.

On June 12, Apollo Tyres Ltd. agreed to buy the U.S.-based Cooper Tire & Rubber Co. for about $2.5 billion in a deal that would make the Indian firm the world’s seventh-largest tiremaker.

The acquisition of Cooper will give Apollo access to the U.S. market for replacement tires for cars, as well as light and medium trucks.

Apollo said $2.5 billion in new debt will be raised to fund the deal, of which $450 million will be serviced by its India business, while $2.1 billion will be covered through bank loans or bonds.

The Cooper Tire & Rubber Co. holds a 65% stake in CCT, while the remaining 35% belongs to China’s Chengshan Group. The two sides set up the joint venture in 2006.

Chinese workers at the joint firm fear that the acquisition might harm their interests, as they suspect that the Indian firm will not be able to repay the debt.
"I cannot imagine what the company will become after it is taken over by the Indian company (Apollo)," said employee Ma Rufu, adding that Apollo’s annual profits are not sufficient to repay the interest on the debt. "How can our welfare be sustained (after the acquisition)?"

"We shall fight to the end with anyone who allows us to lose our jobs," said employee Zhang Huaqian.

Che Hongzhi, board chairman of the Chengshan Group, said the large debt raised by Apollo will probably make it hard for the company to invest its profits in future production, alluding to the possibility of the joint venture’s financial strain and ensuing closure.

After the announcement of the acquisition, Apollo lost a third of its market value within two days, as investors fretted over the debt it would take on to fund the deal.

CCT workers first staged a strike on June 13, shortly after the acquisition announcement, and resumed their work about a week later.

Yue Chunxue, director of the CCT labor union, said the union was not informed or provided with any information about the deal.

"This is in contempt of Chinese law and disrespect Chinese workers," Yue said.
He said the labor union firmly opposes the acquisition and wants it to be terminated.

Harold Miller, Cooper’s vice president and president of its international tire division, paid a visit to the joint venture and spoke with the company’s Chinese partners and company management, as well as the mayor of Rongcheng, on June 26.

On July 12, one day before the second strike began, Cooper said it would continue with the acquisition.