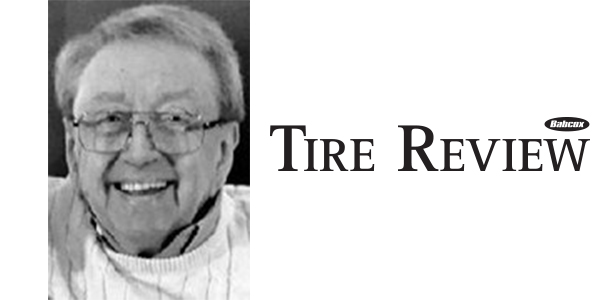 Tire industry veteran Stephen LaFerre passed away last week after a brief illness at a hospital in Akron, Ohio. He was 77.

Tire industry veteran Stephen LaFerre passed away last week after a brief illness at a hospital in Akron, Ohio. He was 77.

LaFerre, who served in the Army Reserves in the early 60s, began his professional career with Modern Tire Dealer in 1967. He was named editor of the publication in October 1976, according to the magazine.

LaFerre, who lived in Wadsworth, Ohio, was later employed by B.F. Goodrich in their tire group public relations department until 1995. He then wrote for various publications until his retirement in 2010, his obituary said.

“I’m truly saddened by the news of Stephen’s death,” said Patti Renner, editor of Tire Review. “I spoke with him a few weeks ago, about the industry and his view on things. A former contributor to Tire Review and long-time industry journalist, he was a class act and a great friend to the magazine.”

LaFerre’s family will receive callers at the R.K. Lindsey Funeral Home in Dennison, Ohio from 4 p.m. to 7 p.m. on Thursday, Feb. 1. A celebration of his life will be held in Wadsworth at a later date. In lieu of flowers, memorial contributions may be made to the Summa Cardiovascular Institute’s Heart Valve Clinic in Akron.