Across the pond in Germany, portions of the famed Autobahn do not have speed limits, so high-speed driving is very much the norm. In spite of its tolerance of high speeds, the German government is also very safety conscious.

In order to allow drivers to match the speed capability of the tires installed on their cars with the top speed of those vehicles, speed ratings were established.

When it was first established, the Z speed rating was the highest rating and was assumed to be the highest speed rating that would ever be required. While Z-speed rated tires are capable of speeds in excess of 149 mph, the Z rating did not specify how far above 149 mph. The introduction of exotic sports cars with extremely high top speeds ultimately caused the creation of the W and Y speed ratings to identify tires that meet the needs of such vehicles.

Speed ratings are determined through laboratory tests. Although this is an over simplification of the actual test procedure, essentially a tire is pressed against a large diameter metal drum to simulate its appropriate load, and run at ever increasing speeds (in 6.2 mph steps in 10-minute increments) until the tire’s required speed has been met, or the tire fails.

It is important to remember that speed ratings only apply to tires that are undamaged, unaltered, and have not been run underinflated or overloaded. In addition, because the tire manufacturer cannot control the quality of the repair, a tire that has been cut or punctured does not retain the tire manufacturer’s speed rating, even after being repaired.

Since speed ratings originated in Europe, initially they were only found on foreign tires. American tires had no such labels, although car and tire manufacturers worked together to specify tires that were (usually) appropriate. Beginning in 1967, to ensure that all tires met minimum standards for performance, including high-speed durability, NHTSA’s precursor developed Federal Motor Vehicle Safety Standard (FMVSS) 109.

FMVSS 139 updated those standards, and, beginning in 2007, all tires had to meet requirements of higher speeds, heavier loads, and lower inflation pressures … all tested at a temperature of 100˚F. These new standards clearly reflected the series of Ford Explorer/Firestone accidents, which usually involved sustained speeds on highways during the summer.

The high-speed portion of the FMVSS 139 tests uses a methodology similar to the European speed rating, but the test is performed in 30-minute increments at speeds of 87, 93 and 99 mph. To pass, the test tire must survive with no visible defect of any sort.  However, FMVSS 139 is like a “pass-fail” class, there is no grade similar to the European speed ratings.

In theory, speed ratings do not indicate how well a tire handles or corners. They only certify a tire’s ability to withstand high speeds. In actual practice, however, tire speed ratings do make a difference, not only in regards to speed but also in regards to ride comfort, traction, treadwear and cornering ability.

Although many tire engineers would cringe at such an over-simplified explanation, many of the techniques and materials used to give a tire good high-speed capability also result in a better handling, more responsive tire with better grip and stopping power.

There are some tradeoffs, though. A higher speed rating is generally accompanied by a firmer ride, lower tread life and poor cold weather performance.
Recent developments, especially in tread compounds, have reduced some of the tradeoffs, but V, Z, W and Y-rated tires are usually better suited to high performance vehicles and warmer temperatures.

Most winter tires, on the other hand, have Q, S and T speed ratings. There are exceptions, and the differences aren’t as dramatic as they once were, but that is generally the relationship between speed ratings and overall tire performance.

Tire manufacturers all recommend that vehicle owners replace a speed-rated tire with a tire having an equivalent or greater speed rating. However, at least some agree (seemingly reluctantly) that if a customer never drives at speeds near the limits of their speed-rated tires, they may safely choose to replace them with tires having a lesser speed rating.

Tire manufacturers’ rationale for recommending against downgrading at tire replacement is that it introduces a safety risk. Using a tire with a speed rating lower than the vehicle’s original tires reduces the vehicle’s top speed limit to that tire’s speed rating. They also argue that tires with higher speed ratings generally have better steering response and cornering grip than lower-speed rated tires.

After all, tiremakers reason, the auto manufacturer spent millions testing the car with that specific configuration of tires, suspension and braking systems and a downgrade in speed ratings could result in poor handling and unpredictable steering.

On the other hand, if a driver wants better cornering and braking and more response, the tiremakers urge the customer to install higher speed-rated tires.

When dealing with the retail customer, some common sense is in order here. In addition to finding out what kind of vehicle the customer is driving, how do they use it? What did they like about the tires they’re replacing? What didn’t they like?

It’s not likely that it would ever make sense to replace the tires on a late model Porsche 911 with Q-rated tires, nor would many Kia Sephias require W-rated tires. Certainly if you install tires with a lower than OE speed rating the customer should be advised in writing that the top speed of the vehicle is now limited to the speed rating of the new tires.

Mixing and matching tires with different speed ratings on a vehicle should be avoided. At best, the maximum safe speed of the vehicle is limited to the tire with the lowest speed rating.

Mix-and-match also has the potential to cause serious problems with the handling of the vehicle. To prevent an oversteer condition, the lower speed-rated tires should be placed on the front axle regardless of which axle is driven.

However, doing so may conflict with the equally important requirement of always placing the tires with the most tread depth on the rear axle to avoid oversteer in wet or snowy conditions.

Be very careful with this situation, especially if the tires differ significantly in their speed ratings. If there is a problem, the customer is not going to remember that you told him it was a bad idea. 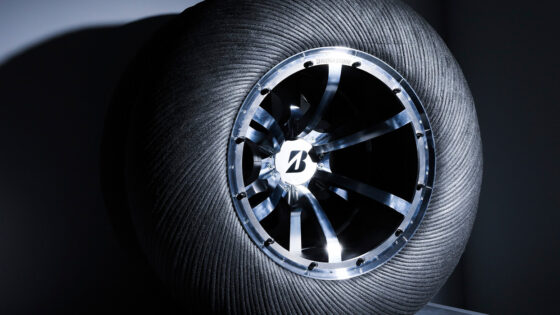