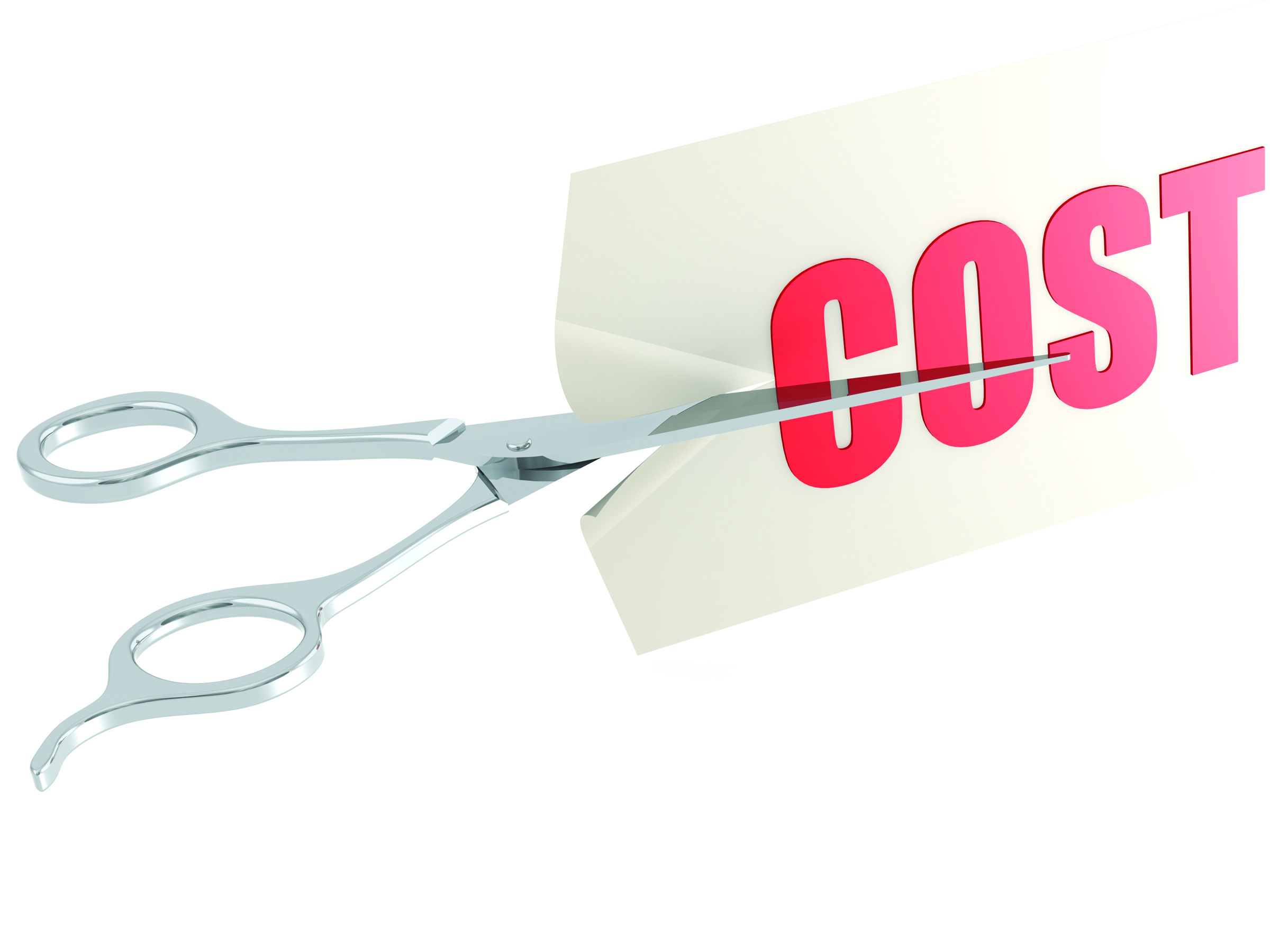 If even only one of your trucks is used in an application during which it is at highway speeds and you’re not using fuel efficient tires, you need to take another look at what you have mounted on that truck’s wheels.

Paul Crehan, director of product marketing for trucks at Michelin North America, said, “Fleets operating vocational vehicles – logging, construction, refuse etc. – using special purpose tires are generally not concerned about fuel efficiency. These tires tend to have high rolling resistance because, in general, they have deep treads made of rubber compounds designed to be extremely resistant to tearing and chunking. One thing that should not be lost in the discussion is that even these tires have fuel-efficient counterparts that can often save a fleet money. We do not limit ourselves as a company to focus only on highway applications as being fuel-efficient. We challenge ourselves to design all of our products to have low rolling resistance regardless of where the products fit in terms of application.”

A fleet manager of a vocational fleet or one that operates in a relatively local area will have to do some homework to determine if fuel-efficient tires might offer a financial advantage because there is a price to pay to make the change. For example, Walt Weller, vice president of Commercial Sales for Double Coin tires tells us that his company offers both fuel-efficient and non-fuel-efficient steers for such applications and charge a very small premium for the fuel-efficient design, less than 3%. Their fuel-efficient drive tires cost about the same as their higher rolling resistance counterparts, but the tread depth on the fuel-efficient offering is a few 32nds shallower than on the non-fuel-efficient version so will likely need to be pulled earlier.

“While the trucking industry has been dominated by long distance hauling and coast-to-coast operations serviced by tire companies as part of their national account programs, there is a growing trend towards local, regional hauling, which is a segment becoming increasingly aware of the financial importance of fuel economy. With that in mind, Giti Tire has been developing a new generation of fuel efficient regional tires, specially designed not only to match the demanding rolling resistance coefficient requirements from the SmartWay program but to become a viable and cost efficient alternative for medium- and small-sized fleets. These tires are designed to reduce fuel consumption while maintaining traction, braking and excellent wear life.” 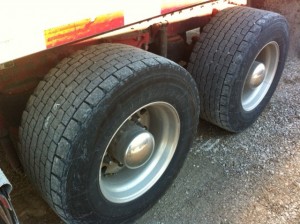 Wide base single tires, like these from Double Coin, offer up to a 7% improvement in fuel economy.

Fleets have a number of tire options. For example, a single wide tire and wheel assembly is lighter than two standard tires and wheels. The total weight savings for a typical combination truck using such tires on its drive and trailer axles can be as much as 1,000 lbs. This weight savings can reduce fuel consumption or increase cargo capacity for trucks that are normally weight-limited, either way a positive contribution to an operation’s bottom line. Another benefit of using single wide-base tires is fewer tires need to be replaced.

SmartWay engineers report that recent tests of low rolling resistance tires indicate a potential fuel economy improvement of 2-5% compared to conventional dual tires. By using low rolling resistance tires, a combination long-haul truck could save over 500 gal. of fuel per year and cut emissions of carbon dioxide, the most common greenhouse gas, by more than 5 metric tons annually. Most importantly, these environmental benefits can often be achieved while cutting costs. Goodyear’s Kramer said, “Wide base singles are used more and more by fleets that are cubing out. The market for them is continually growing and we feel there’s no end in sight for their application.”  Single wide tire and wheel assemblies on new equipment are less expensive than dual tire assemblies and will provide immediate fuel economy savings.

“Aware of the steady growth of wide base singles tires, Giti Tire is currently testing the new generation of wide base single tires. Their strong contribution in fuel economy and overall vehicle weight reduction are some of the critical factors that are stimulating its growing demand among trucking companies across the board.”

SmartWay has certified many tires as fuel efficient, which the program defines as offering at least 3% better fuel economy than a conventional tire. Most of the gains can be obtained from the tread of the tire – tread compound, tread design and/or the tread depth. Research shows that the tread contributes to over half of the rolling resistance. Kramer said, “About 60% of fuel efficiency is derived from the tread design and compounding. The remaining 40% comes from all of the components that make up the casing.”

The ideal would be to minimize any compromises in tread mileage, traction or handling when you go with a fuel-efficient tire. Just being identified as a Smartway fuel-efficient tire is no guarantee that the manufacturer has minimized trade-offs in performance attributes other than rolling resistance. Michelin’s Crehan said, “We use technology as a way of balancing the tire’s desirable characteristics. We won t give up too much of any one characteristic to gain more in another. For instance, the easiest way to decrease rolling resistance is to decrease tread depth. If we simply go from 28/32 to 24/32, we will immediately reduce rolling resistance. That can be fine in some applications, but we would never do that because that would generally give us less wear for the tire.” 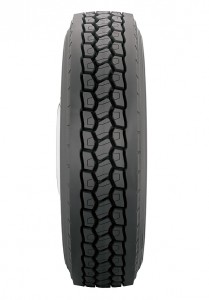 Retread technology, the kind that was used to produce this drive retread from Bandag, has been recognized by the SmartWay Partnership as able to produce verified fuel efficient retread tires.

Tires for trucks and buses are engineered products. They need to be carefully selected to match the various operating environments, and, like any engineered product, maintenance is critical to ensure safe and efficient operation. Operating a truck with underinflated tires, any kind of tires, will cost a fleet money. When underinflated, tires flex more under load-generating heat and increasing rolling resistance, which wastes fuel. Heat and stress from improper inflation soften and deflect tread components, causing faster and more uneven wear, which shorten the life of the tire. Underinflated tires are also prone to more frequent punctures, increasing the risk of tire failures that could lead to costly road service, loss of revenue and possibly prevent a casing from being retreaded.

Despite the importance of proper tire inflation pressure, SmartWay reports that a survey of combination trucks found that less than half the tires surveyed were within five percent of the recommended inflation pressure. Another industry survey indicates only 8% of truck drivers check tire pressure with a tire gage before each trip.

Goodyear’s Kramer said, “As a general rule, if a tire is 10% underinflated you will get a 1% drop in fuel economy. In addition to that, you also lose 10 to 14% in tread life if the situation is not addressed. So you lose miles to removal and you have a significant impact on miles per gallon.”

Michelin s Crehan said, ”Running at the proper air pressure allows you to operate efficiently from a fuel economy perspective – and repair and maintenance costs will be significantly improved. That goes for either over-inflated or underinflated tires. Changing a tire’s footprint from what it’s supposed to be is always going to be a change for the worse. We design tires to roll in a certain fashion, and the correct air pressure is the only thing that makes that happen.”

Without going into detail, there are a number of other maintenance practices that can help improve a vehicle’s rolling resistance and therefore fuel economy. Important is total vehicle aliignment and matching duals when tires are changed.

Particular retread technologies can result in tires that are comparable in performance to new fuel efficient products, that is, they can save % or more fuel relative to other best selling retread technologies, which are achieved under these conditions:

Up until a few years ago, there was essentially no difference between a casing made for a conventional tire and one that was to be used for a low rolling resistance tire. But tire casings have evolved over time and improved with respect to both fuel economy and durability. Guy Walenga, director of engineering for commercial products and technologies at Bridgestone Firestone, said, “As tire designs improve more attention is being paid in optimizing the casings. This can be done with proper compounds for the sidewall as well as how the casing itself is designed.” By way of example, Walenga explained how his company’s Ecopia tire line has a slightly different shape in the lower side wall above the bead, a change that was made specifically to improve rolling resistance.

SmartWay now carries a listing of retread tires verified to reduce fuel use by three percent or more when compared to the best selling retread technologies. These, along with all fuel efficient tires are listed at: www.epa.gov/smartway/technology/tires.htm#tires.

Also, make sure you have a maintenance program in place that ensures your trucks are not running with under inflated tires, eliminate unnecessary engine idling and limit top highway speeds.