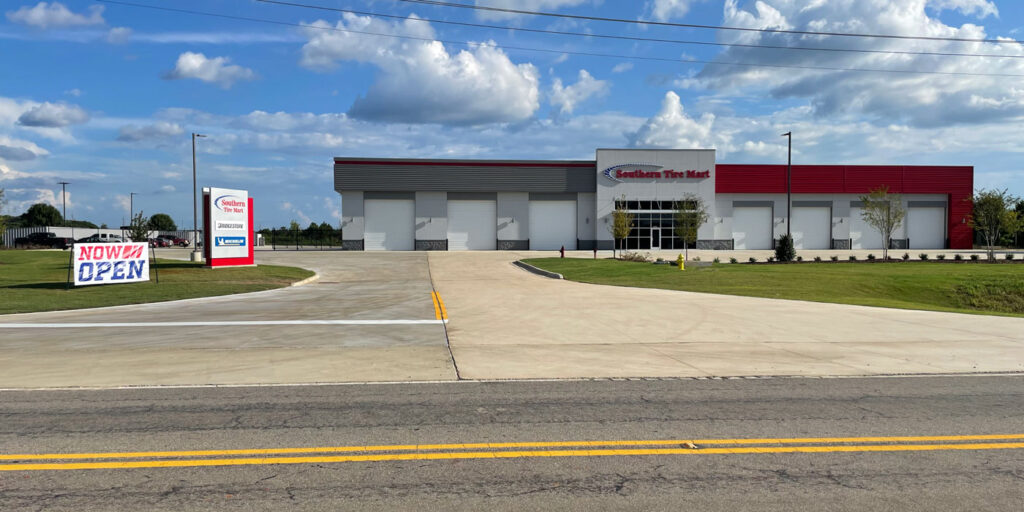 That strategy, says Haddox, is all about expanding the territory where it can provide exceptional customer service.

“Our customers will tell us that they need us in certain places. And, you know, it doesn’t matter if you’re going to the local Whataburger or the local Starbucks, or whatever – there’s a ‘Help Wanted’ sign hanging at every one of them, no matter the business, and that includes transportation,” Haddox says. ”So, we definitely try to keep our ear to our customers’ needs and be there for them. Our customers are asking: ‘Who can I depend upon to give me consistent service across the United States, across my platform?’ We have to provide these consistent services coast to coast, and that’s what we do.”

Haddox says both the Redburn Tire and GCR acquisitions were a direct result of customers requesting more coverage in those markets.

The Redburn locations, Haddox says, were not only located in an area where Southern Tire Mart was interested in expanding, but these stores were also very service oriented, similar to how Southern Tire Mart already operates its stores. Also, Southern Tire Mart had already acquired 46 former GCR locations from a deal made in 2019, so Haddox says acquiring the new 26 stores “just made sense,” adding that Bridgestone “felt like this was a better move for them and for the customer base.”

“We really weren’t out there looking to buy somebody, per se. It just so happened that we saw an opportunity to take the strengths of some good companies and add them to ours to strengthen us even more out there,” he says. “Bridgestone, Bandag, Firestone, they’re a very great partner of ours, and those are some of Redburn’s primary dealings, so that falls right in line with us, too.”

With these new acquisitions, Southern Tire Mart now has locations in 16 states. Although both transactions have been finalized, terms were not disclosed.