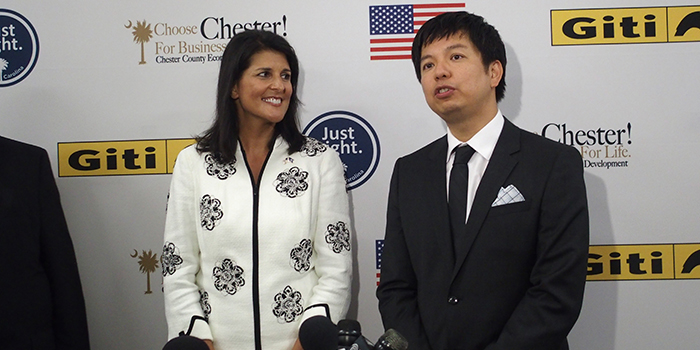 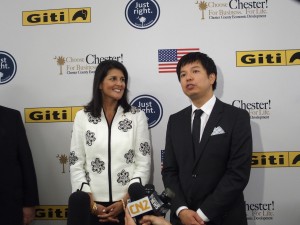 It all began four decades ago, when Michelin opened its U.S. 1 plant in Greenville, South Carolina. This was a milestone moment for many reasons. At the time, manufacturing in South Carolina, and especially in the Upstate region of the state, was primarily known for textile production. Textile mills and cut-and-sew operations dotted the landscape before being off-shored as happened in many other states. Not only did Michelin serve as a catalyst to what has become South Carolina’s booming advanced manufacturing industry, the company was also one of the first major international firms to establish operations within our borders.

Fast forward to 2015: Today, South Carolina is at the forefront of the nation’s advanced manufacturing industry as a leader producing quality planes, cars, tires and much more. But, we are also home to more than 1,200 operations owned by foreign-based companies that employ more than 100,000 South Carolinians. This roster includes global leaders like BMW, Mercedes-Benz Vans, FujiFilm, Honda and now Volvo.

Beginning with that U.S. Michelin plant four decades ago, South Carolina’s tire industry has grown to the largest in the nation, with our workforce producing some 89,000 tires every day! And the state exports more than $1.6 billion worth of tires each year.

Michelin’s successful startup led the company to keep growing its operations in the state. Today, there are 10 Michelin locations – including its North American headquarters – in South Carolina, employing thousands. In addition to producing the world’s largest tire – 63-inch earthmover radials – the French tiremaker also houses research and development activities in South Carolina. In fact, it was their Greenville-based R&D team that developed the technology to produce the Tweel – the industry’s first airless radial tire.

The old saying “success breeds success” rings especially true given the influx of tire companies in South Carolina. Following Michelin’s arrival, Japanese tiremaker Bridgestone selected South Carolina in 1997 for its first fully-automated passenger tire plant in North America. And in the last five years, South Carolina has seen an explosion in the tire industry, with major announcements by Continental, Giti and Trelleborg, as well as major expansions by both Michelin and Bridgestone. In fact, Bridgestone’s 2011 expansion project of $1.2 billion remains the largest single capital investment in the state’s history. 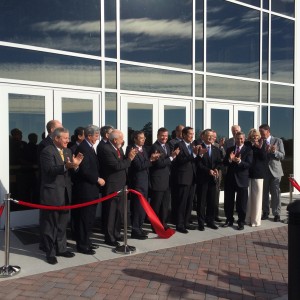 This kind of growth has been the result of refining our team approach and sharing the story that South Carolina is a great place to build things for a variety of reasons.

First and foremost, the secret ingredient that wins new business for our state is our workforce. Our people are trained and ready to build products – and build them with pride and a quality guarantee. That dedication to quality is one of the main reasons why the world’s most respected brands choose to do business in South Carolina.

In addition to our great people, South Carolina has built one of the top programs in the nation for workforce training. Known as ReadySC, this program provides no-cost, completely customized training to companies making major investments in South Carolina. ReadySC has led screening, hiring and training initiatives for all four of the major tire makers operating in the state, creating programs that many companies tout as “the best workforce training program in the world.”

The other essential ingredients to successfully make tires? Location and logistics.

South Carolina is ideally located midway between New York and Miami, giving companies the ability to serve a rapidly growing population and base of consumers in the Southeast. And, our state is connected to a vast logistics network of rails, roads, airports and the dynamic gateway to trade – the Port of Charleston. With the deepest harbor in the region and the next deepening project undergoing final approvals, the port is growing to handle cargo demands, years into the future.

As a state, we’re always evolving to compete for new business and to help our existing businesses thrive. The fact that we’re a small state, with a compact government and limited regulation, means that we can be flexible and nimble in addressing the needs of business.

The result is that South Carolina is one of the states leading the manufacturing renaissance. In fact, manufacturing jobs grew more than 13% since 2010, around double the growth of other states in the Southeast region. Driven by logistics needs, labor costs and quality, as well as Walmart’s Buy American program, companies are finding success in bringing manufacturing back stateside.

South Carolina is gaining momentum and adding to the roster of world-class companies that call our state home. With a focus on building a healthy economy and a diverse business community, tire manufacturing and related industries support jobs and opportunities in cities, towns and communities across our great state.

South Carolina: On a Roll