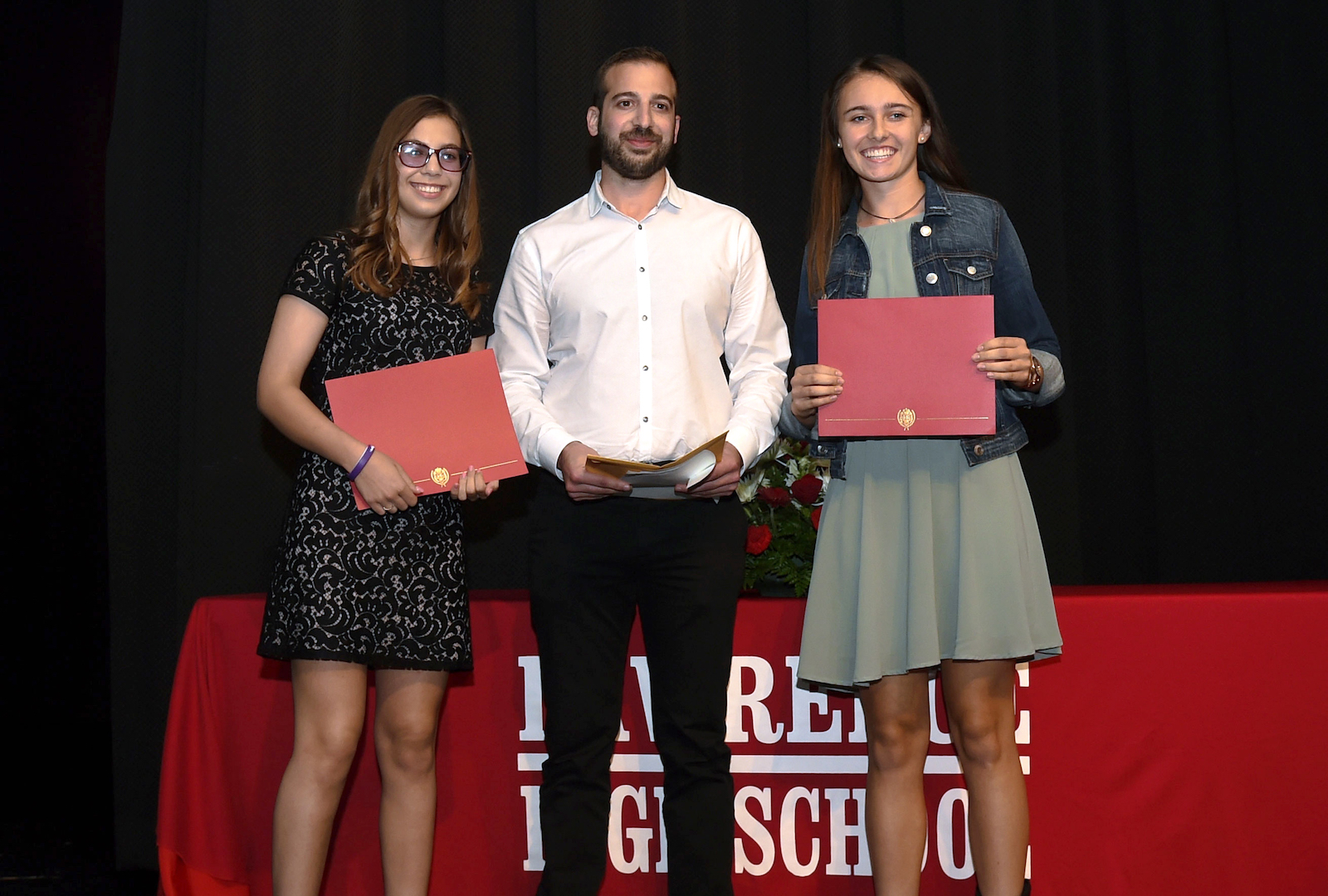 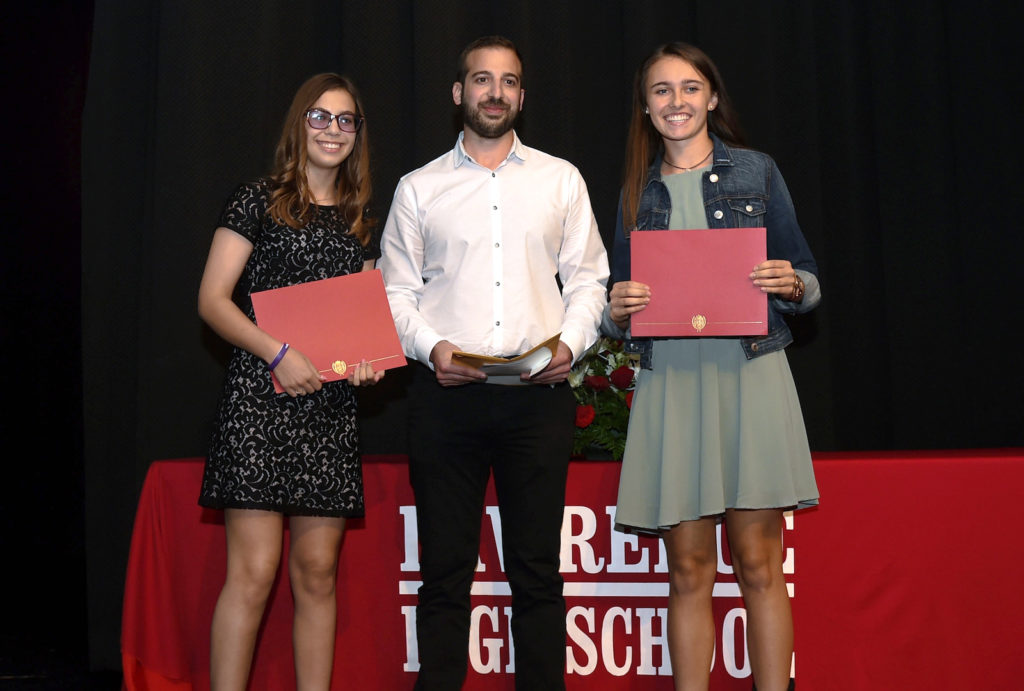 On June 20, Chalofsky went back to his alma matar, Lawrence High School in Lawrenceville, New Jersey, for a second year in a row and awarded Sara Hatfield and Victoria Weirzbowicz with the scholarships.

“Attending Lawrence High School was such an important and amazing time for my brother (Josh, class of 2002) and me,” said Chalofsky. “Lawrence provided the foundation for us to discover and pursue our entrepreneurial dreams. This scholarship is a small way for us to express our deepest gratitude for the school and teachers, and to help inspire the next generation of entrepreneurs.”

Hatfield is on the girls varsity soccer team and was active in Student Leadership, DECA and the National Honor Society. She was involved in Operation Smile where she served on the Regional and National Leadership Councils and attended a medical mission to Asuncion, Paraguay in March of 2017. Wierzbowicz was captain of both the girls varsity soccer and lacrosse teams and served as co-president of DECA and Treasurer of the National Honor Society. She was also involved in Student Leadership and Driver’s Ed.

The SimpleTire Business Scholarship will assist both students in their pursuit of higher education and business endeavors. Hatfield plans to attend the University of Maryland – College Park to pursue a degree in Community Health (Public Health) and minor in Non-Profit Business and Spanish. Wierzbowicz plans to attend Gettysburg College to pursue a degree in Organization and Management Studies.

Advertisement
In this article:scholarships, SimpleTIre