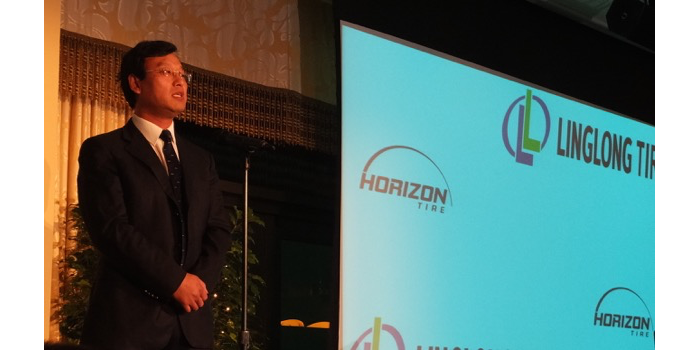 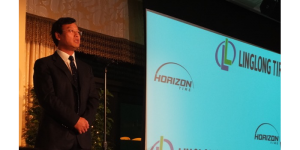 Another Chinese tire company is setting up offices in Akron, and may be looking to do quite a bit more in the coming years. Shandong, China-based Shandong Linglong Tire Co. announced last night that it has opened its U.S. office in Medina, Ohio, just west of the former Rubber Capital of the World.

The new U.S. company – Linglong Americas Inc. – will be headed by Merry Wang, vice president of sales and marketing and a corporate officer of the parent company. The formal announcement was made by Wang Feng, president and CEO of Shandong Linglong Tire during the company’s dealer dinner event at the SEMA Show/Global Tire Expo.

Wang also stated the tiremaker aspires to grow globally, particularly in the U.S. Toward that end, the tiremaker said it plans to build a plant outside of China, and is considering locations in North and South America.

Shandong Linglong Tire’s first plant outside of China began full-scale production in early 2014. That plant, located in Thailand, is currently shifting its production over to meet the challenges anticipated by the potential of countervailing and anti-dumping duties. Wang’s announcement that 95% of all consumer tire production at the Thailand plant will be dedicated to the U.S. market brought cheers from the crowded ballroom at Encore Hotel & Casino.

The tiremaker, said Wang, will also be investing heavily in improving its technology and R&D capabilities, with plans to place a technical center in Germany next year and perhaps bringing one to the U.S.

#SEMA/GTE: Linglong Americas Opens Shop Near Akron; Is Plant Next?