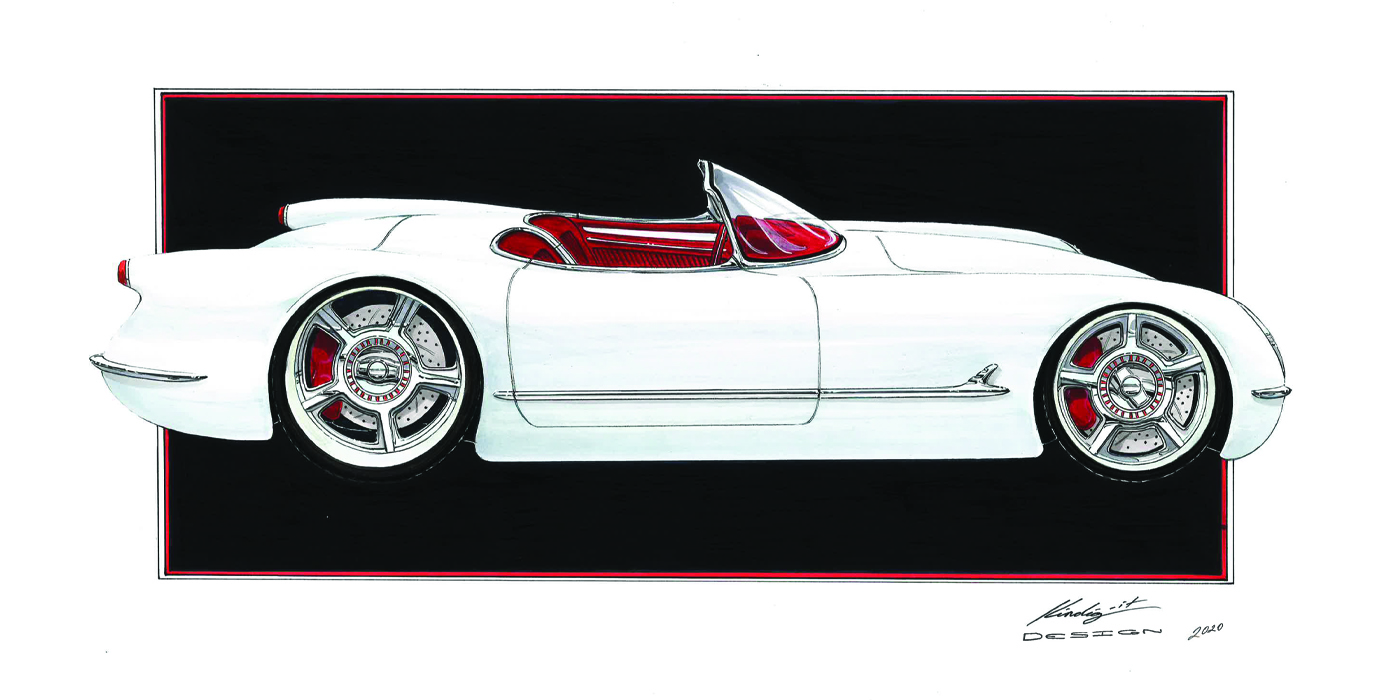 The Vehicle Reveal the day before SEMA Show teased about a dozen high-profile projects and gave participants an idea as to the innovation that would be on display at the trade show.

The evening before the SEMA Show officially opened, the show’s media-exclusive Vehicle Reveal teased nearly a dozen high-profile projects and gave participants an idea as to the innovation that are on display at the trade show. Rolled onto a red-carpet stage was a 1953 Corvette-inspired Carbon Fiber Concept Car designed by Dave Kindig. The car included a complete custom carbon-fiber body by Doug’s Performance, a custom Roadster Shop chassis, Lingenfelter Performance LS7 engine, custom Modern Classikk paint, and other modifications.

Also at the Vehicle Reveal, Nissan showcased Z. The automaker is marking the return of the sports car with the arrival this spring of the 2023 model. The vehicle is powered by a 400-horsepower, 3.0-liter, twin-turbo V6 with standard six-speed manual transmission. One special edition is available, the Z Proto Spec. Limited to just 240 units in the U.S., the Proto Spec model includes a special Ikazuchi Yellow Pearl exterior, bronze-colored 19-inch RAYS aluminum-alloy wheels, and exclusive leather-appointed seats with yellow accents, according to SEMA Show.

Another vehicle that was at the Monday evening Vehicle Reveal was the 1957 Chevy 210 Sedan known as Project X. Project X was rolled out as a transformed vehicle on Monday evening after undergoing surgery before it made its way to the General Motors booth (#23842) during SEMA Show week.

The SEMA Show Vehicle Reveal took place in conjunction with the Exhibitor Appreciation Reception, where exhibitors relaxed before launching into four consecutive days of meeting face-to-face with resellers, distributors, and media from the worldwide automotive industry. Exhibitors filled the 2.5 million square-foot Las Vegas Convention Center with displays and in-person demonstrations of new products designed to enhance the performance, styling, comfort, convenience, and safety of cars, trucks, and SUVs. The 2021 SEMA Show, which marked the first industry-wide, in-person gathering since 2019, included more than 1,300 exhibitors and 40,000 registered buyers to date, SEMA Show said.