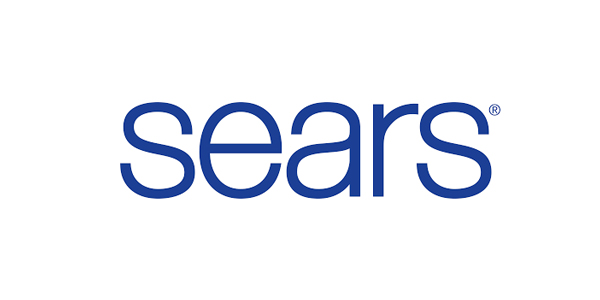 In a move to streamline its operating model and grow profitably for the long-term, Sears and some its subsidiaries have filed voluntary petitions for relief under Chapter 11 of the U.S. Bankruptcy Code.

Sears Holdings Corp. has announced a series of actions to position the company to establish a sustainable capital structure, continue streamlining its operating model and grow profitably for the long-term. To facilitate these actions, the company and certain of its subsidiaries have filed voluntary petitions for relief under Chapter 11 of the Bankruptcy Code in the U.S. Bankruptcy Court for the Southern District of New York.

The company says it expects to move through the restructuring process as quickly as possible and is committed to pursuing a plan of reorganization in the very near-term as it continues negotiations with major stakeholders started prior to today’s announcement.

Sears Holdings has received commitments for $300 million in senior priming debtor-in-possession (DIP) financing from its senior secured asset-based revolving lenders and is negotiating a $300 million subordinated DIP financing with ESL Investments Inc. ESL is the company’s largest stockholder and creditor, and Edward S. Lampert is ESL’s chairman and CEO. Subject to court approval, the DIP financing is expected to improve the company’s financial position immediately and support its operations during the financial restructuring process.

Sears Holdings has filed a number of customary motions with the Court seeking authorization to support its operations during the restructuring process and ensure a smooth transition into Chapter 11. The company said it intends to continue payment of employee wages and benefits, honor member programs and pay vendors and suppliers in the ordinary course for all goods and services provided on or after the filing date.

The company’s Sears and Kmart stores, and its online and mobile platforms, are open and will continue to offer a full range of products and services to members and customers. The Sears Holdings’ services and brand businesses also will continue to operate as usual. Loyalty and private label credit card rewards programs will continue as normal as well, the company said.

“Over the past several years, we have worked hard to transform our business and unlock the value of our assets,” said Edward Lampert, chairman of Sears Holdings. “While we have made progress, the plan has yet to deliver the results we have desired, and addressing the company’s immediate liquidity needs has impacted our efforts to become a profitable and more competitive retailer. The Chapter 11 process will give Holdings the flexibility to strengthen its balance sheet, enabling the company to accelerate its strategic transformation, continue right-sizing its operating model and return to profitability. Our goal is to achieve a comprehensive restructuring as efficiently as possible, working closely with our creditors and other debt holders, and be better-positioned to execute on our strategy and key priorities.”

Lampert continued, “As we look toward the holiday season, Sears and Kmart stores remain open for business and our dedicated associates look forward to serving our members and customers. We thank our vendors for their continuing support through the upcoming season and beyond. We also thank our associates for their hard work and commitment to providing millions of Americans with value and convenience.”

Sears Holdings intends to reorganize around a smaller store platform of EBITDA-positive stores. The company believes that a successful reorganization will save the company and the jobs of tens of thousands of store associates. Holdings is currently in discussions with ESL regarding a stalking-horse bid for the purchase of a large portion of the company’s store base. In addition, the company says it expects to market and sell certain of the company’s assets over the coming months.

Leadership and Board Changes

Holdings has enacted a series of leadership and board changes in support of the continued transformation and restructuring process:

CEO Transition: Edward S. Lampert has stepped down from his role as CEO of the company, effective immediately. He will remain chairman of the board.

The Sears Holdings board has created an Office of the CEO, which will be responsible for managing the company’s day-to-day operations during this process. The Office of the CEO will be composed of Robert Riecker, chief financial officer; Leena Munjal, chief digital officer, customer experience and integrated retail; and Gregory Ladley, president of apparel and footwear.

Appointment of Chief Restructuring Officer: Mohsin Y. Meghji, managing partner of M-III Partners, has been appointed chief restructuring officer. Meghji is a nationally recognized U.S. turnaround professional with a track record of revitalizing companies experiencing financial, operational or strategic transitions to maximize value for stakeholders. He has joined the company’s senior management team and will help lead the company’s restructuring efforts, reporting to the Restructuring Committee.

Addition of New Independent Director: William Transier, CEO of Transier Advisors LLC, has joined Holdings’ board as an independent director. In addition to his leadership roles at public companies, Transier has extensive restructuring experience involving companies with complex capital structures and has served on special committees of independent directors responsible for overseeing restructuring processes. This appointment follows the recent addition of Alan Carr to the board.

Additional information is available on the company’s restructuring website at restructuring.searsholdings.com.