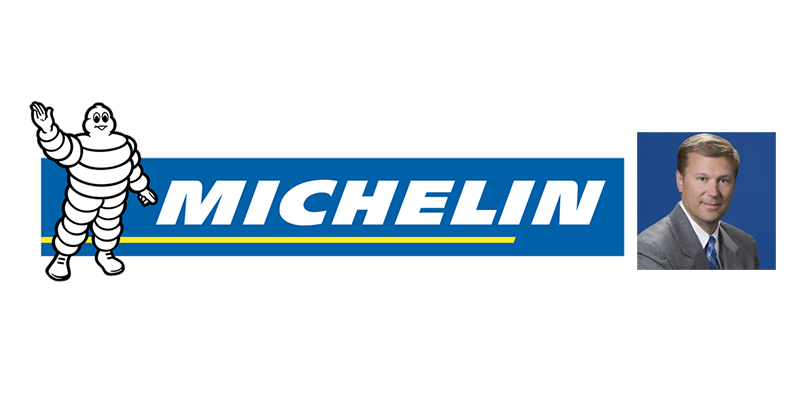 Michelin Group has appointed Scott Clark to replace Pete Selleck as the next chairman and president of Michelin North America, effective Jan. 1, 2018.

Michelin Group has announced the appointment of Scott Clark as the next chairman and president of Michelin North America, effective Jan. 1, 2018. He replaces Pete Selleck, who recently announced his retirement after six years at the helm, effective Dec. 31, 2017.

“Scott has represented the voice of Michelin customers with dependable passion in our organization for more than 20 years,” said Jean-Dominique Senard, CEO of Michelin Group, based in Clermont-Ferrand, France. “Scott is well equipped to lead Michelin North America, especially as we transition next year to a new organizational structure.”

Ongoing global plans for the company’s reorganization include Michelin North America’s new structure, set to be implemented on Jan. 1, 2018. At that time, Clark will be responsible for all key customer-facing functions of the company, including sales and marketing for North America, as well as quality, technical and supply chain units. Moving forward, Michelin’s North America region will comprise the United States and Canada.

“I am excited about the future for our Company as we refocus our business, top to bottom, on the relationships that matter most — those with our customers,” Clark said. “We want to deliver a customer experience that is as differentiated and satisfying as the quality and performance of Michelin products.”

Since 2007, Clark has served as executive vice president of Michelin North America and chief operating officer of its passenger and light-truck tire unit spanning the United States, Canada and Mexico. Previously, he served from 2005 to 2007 as senior vice president of Michelin’s heavy-truck tire unit in Asia. Across his 21-year tenure with Michelin, Clark has held various leadership roles in marketing, sales and other functions for units in Europe, Asia and North America.

With early roots in the Ralston Purina Company (now Nestle Purina PetCare), Clark currently serves on the board of Jones Naturals, a pet product company based in Rockford, Ill. He has previously served on the boards of the Greenville Symphony Orchestra and American Heart Association. He holds bachelor’s and master’s degrees in business administration from Washington University in St. Louis.

Additionally, The Michelin Group has announced that Joanie Martin will also be joining the North American leadership team as chief administrative officer, a newly created role in the company that reports to the chairman and president. In her new role, Martin will be responsible for critical business-support functions that include communications, corporate development, finance, legal services, personnel, safety and environment, among others. 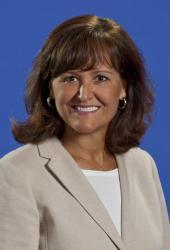 “Our goal is to empower Michelin employees by placing them closer to the customers at the heart of our business,” Martin said. “Executing this transition successfully will further position Michelin as a winning leader in sustainable mobility for years ahead, in North America and globally.”

A 21-year veteran of Michelin North America, Martin recently served as chief financial officer for the company. Previously, Martin was financial director and controller for Michelin’s passenger- and light-truck tire business across the United States, Canada and Mexico. Earlier assignments included various leadership roles in the tax and audit functions for Michelin in Greenville and Clermont-Ferrand.

Martin is active in several key professional development and community engagements, including executive sponsor for the Women’s Network at Michelin North America and board member since 2011 for Bon Secours St. Francis Hospital System. She formerly served as a board member for the Michelin Tire Credit Union, among other volunteer roles. As an expatriate, Martin served as chair of the International Women’s Club in Clermont-Ferrand. She earned a bachelor’s degree in economics from Furman University in Greenville, S.C., and a master’s degree in management and accounting from the Georgia Institute of Technology in Atlanta. Martin is a Certified Public Accountant in South Carolina.

Advertisement
In this article:Michelin, New president

Scott Clark to be Chairman, President for Michelin North America