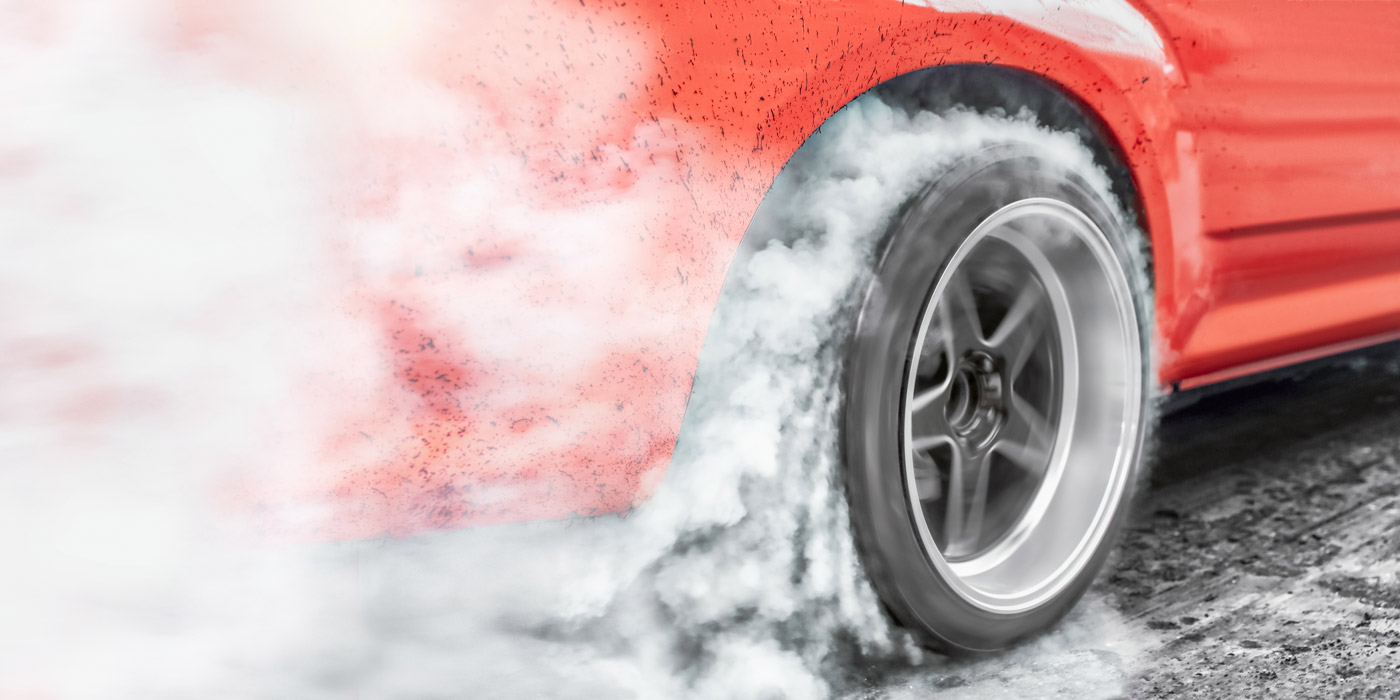 The Science Behind Traction and Braking

This article reviews the definition of traction and braking in different conditions and the effect of the tire parameters on those performance aspects.

The U.S. Department of Transportation (DOT) said that of the 5.8 million vehicle crashes that occur each year (statistics from 2007 to 2016), about 21% (1.2 million) of those involved hazardous weather. Those U.S. weather-related automobile crashes have accounted for about 16% of all vehicular deaths.

In about 50% of the 52,000 crashes, the critical reason was attributed to slick roads which would be related to the traction of the vehicle, signifying a tire/brake issue.

A 2015 report delves into this further looking at the 2% of crashes that reported a vehicle problem at fault. A tire problem accounted for about 30% of the crashes (see Table 1). Brake-related problems listed as “critical reasons” for an accident accounted for about 22% of such crashes. This adds up to about 52% of those crashes relating to traction.

The numbers are clear that traction plays a huge part in vehicle safety. In this article, we will briefly review the definition of traction and braking in different conditions and the effect of the tire parameters on those performance aspects. Finally, as with past articles, some of the vehicle manufacturer’s requirements related to traction will be reviewed.

When you talk with tire guys, some will use the terms braking and traction interchangeably while others will differentiate. What causes the exchange?
We know the tires transfer the engine’s energy to the pavement in a way so that the car can move forward. Tires are able to do this because of traction.
Traction is the resistance between the tire and the ground in reaction to torque being exerted by the wheel axle under engine power. Traction is a fact. It is inevitable whenever the adhesive friction, a tire in this case, moves across the body of a surface. Traction naturally happens, while braking is a must.

Traction works any time a car is in motion, whether traveling in a straight line or around a curve. It works on all road conditions. Braking comes into play when the driver engages the brake pedal and expects to stop the car. In other words, braking is a sub-phenomenon of traction.

While there are standards to measure traction and/or braking, each vehicle manufacturer has its own criteria and limits to evaluate braking and/or traction performance. For some manufacturers, braking is key and the tire needs to meet a certain stopping distance in wet, dry, ice and snow. For others, traction is the key measurement, and they require a certain level of friction coefficient for a tire to be approved for a vehicle.

The Tire and Traction

Like any other aspects of performance, tread pattern, tire contour, tire construction and tread compounds can influence overall tire traction or braking. Depending on the types of traction or braking that a manufacturer uses as its area of focus, some tire components may be more effective than others.

Whenever there is a discussion about traction, tread compound is the first area to be reviewed. Figure 1 shows a typical performance target conflict with a tread compound. As shown, improvement of one area, such as wear resistance, will affect other performances, such as fuel efficiency and wet traction/braking.

Lastly, as much as we like to think tread pattern, compound and tire contours are working independently, they do not. Figure 2 shows the grip level of a tire on different surface friction levels (low μ is wet, high μ is dry) at different interaction levels. For example, a high stiffness block-type tread pattern (summer) requires a soft compound to provide the best level of grip at a lower μ level (wet).

Mud and rock traction are also important parameters for tire development, especially on light truck tires and will be focused on in future articles.

A slick tire with no grooves or sipes provides the maximum contact patch. As a result, it provides maximum traction in dry conditions. Think about a race tire again. How does the tread area feel on a race tire? Sticky!

A sticky compound, on a molecular level, provides the maximum interaction with the road surface. Therefore, it is ideal to use a racing slick in dry conditions. Obviously, we cannot use a slick tire in everyday driving, but when dry traction improvement is required, you need to maximize surface interaction similar to that of a slick.

Tire engineers primarily think about the three main areas of compound, contour and pattern with the following goals in mind:

Table 2 shows a summary of components that can improve dry traction/braking.

The Science Behind Traction and Braking