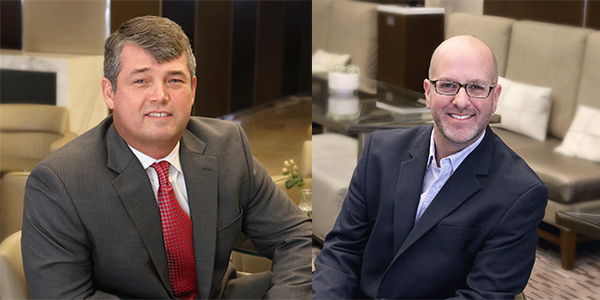 Schrader Performance Sensors has announced that Dan Baker has stepped into the newly developed role of global sales director and Robert Tinson has moved into Baker’s previous role of director of sales, North America.

Schrader Performance Sensors has announced that Dan Baker has stepped into the newly developed role of global sales director and Robert Tinson has moved into Baker’s previous role of director of sales, North America.

As Schrader’s global TPMS presence continues to grow, the new role of global sales director was developed to unite both the North American and European Sales forces to increase productivity and streamline processes.

“This new sales leadership position demonstrates Schrader’s intention to remain the global leader in TPMS,” said Kelly Boor, general manager for Sensata Technologies’ Aftermarket Business. “This role will help us leverage the strengths in each region and drive best practices and alignment across both.”

Baker has more than 29 years of automotive aftermarket experience, 25 of which he has spent with the Schrader brand. He played a key role in launching Schrader’s TPMS program into the North American aftermarket in 2004, has held positions of increasing responsibility in procurement, product management and sales. Prior to this promotion, he was the director of sales, North America for one year and director of U.S. for three years.

Robert Tinson will report directly to Baker, taking over his previous position of director of sales, North America. Tinson is now responsible for Schrader’s TPMS aftermarket sales in the U.S. and Canada. Prior to this promotion, he was senior national sales manager, heading up Schrader’s U.S. TPMS aftermarket business. Tinson has 15 years in the automotive aftermarket and has held key roles in sales and marketing with BWP Distributors and five years with the Schrader brand.

“Rob has played a key role in North American TPMS sales for many years,” said Boor. “I have no doubt he is the right person for his new role and will have a very positive impact on our North American market.”

Advertisement
In this article:Schrader TPMS Solutions