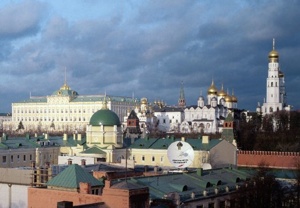 A view of the Rosneft headquarters in Moscow

Late last month, Russia’s Rosneft disclosed it has attracted investments from pension capital funds and financial institutions to fund its 50% acquisition of the holding company that owns 26.19% of all shares in Pirelli & C. S.p.A., and can thus close the deal upon receiving approval from regulatory authorities. When the acquisition is given the green light under European, Italian and Russian law, the oil giant will indirectly hold a 13% stake in Pirelli.

The signing of two Memorandums of Understanding (MOU) towards the end of May also served to bring the two firms closer together. One MOU entails the opening of new Pirelli Tire Centers through Rosneft’s network of filling stations and the other envisages cooperation in the production and supply of synthetic rubber.

The commercial MOU prepares the way for the opening of numerous Pirelli retail outlets through Rosneft’s distribution network, where Pirelli-branded products will be sold. It is envisaged that at least 60 retail points will be opened in the period between 2014 and 2015, and the total will climb to at least 200 by 2019. The two companies will also study the possibility of continuing and extending the “Safe Road with Rosneft and Pirelli” initiative which was launched in 2013, and of opening of a new concept flagship store that would combine a premium Rosneft filling station and a Pirelli tire service center, including tire hoteling and company fleet-management.

On the industrial front, under the terms of the MOU, Pirelli will cooperate jointly with Rosneft in activities to produce synthetic rubbers in Nakhodka, including styrene-butadiene rubber (SBR). Pirelli is also interested in entering into a long-term supply agreement to purchase the synthetic rubber produced. SBR is an eco-friendly material used in the production of eco tires. This agreement follows an MOU signed for similar activities in Armenia in December 2013. (Tyres & Accessories)

Advertisement
In this article:Pirelli, Rosneft