The Right-to-Repair Coalition in Massachusetts is launching the next phase of its "Campaign for Consumers" and will begin gathering the final batch of 11,000 voter signatures required to 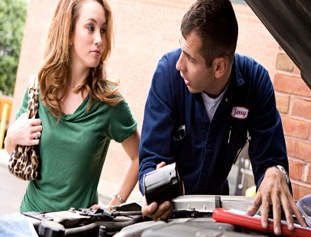 get the issue on the November ballot.

At the same time, the coalition said it looks forward to continuing its good-faith effort to work with legislative leaders and negotiate a compromise with the big carmakers.

“Our Campaign for Consumers is running full-throttle on all fronts so we can deliver cost-savings and convenience to the Massachusetts motoring public,” said spokesman Art Kinsman. “The big car companies have been stalling and telling legislators to keep delaying this pro-consumer vote, but we are committed to working with elected officials to enact a strong but fair Right-to-Repair consumer proposal. However, notwithstanding our efforts in the legislature, we also are preparing for a vigorous fall campaign to ensure that consumers have the right to take their vehicle where they want for repair and maintenance.”

If passed, the Right-to-Repair measure would “require a manufacturer of motor vehicles sold in the Commonwealth to make available for purchase by owners of motor vehicles…and by independent repair facilities the same diagnostic and repair information, including repair technical updates, that the manufacturer makes available to its dealers and authorized repair facilities…"

According to the Coalition, auto manufacturers currently provide to independent technicians only some of the diagnostic and safety information needed to repair vehicle owners’ cars, which proponents of the bill say limit consumer choice and could cause loss of business for neighborhood repair shops.

Last December, fulfilling the requirements of the initial phase of the ballot campaign, the coalition delivered 80,000 certified signatures to the Secretary of State’s office. The Right-to-Repair Coalition says it expects to easily gather the final batch of signatures far ahead of the early July deadline.