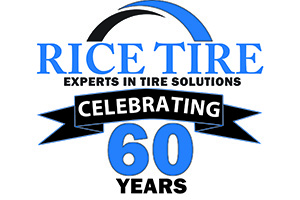 Rice Tire was officially founded in 1956 after Donald B. Rice Sr. opened a gas station in Frederick, Md., in 1929 and started selling and servicing tires for commercial vehicles and large construction equipment.

Ken Rice, the youngest of Donald’s three sons, took over the business in 1975, and today, Ken’s son- in-law, Chris Chase, serves as the company’s CEO.

In celebrating of Rice Tire’s 60 years in business, Goodyear Tire & Rubber Co. hosted a dinner in June in Frederick to honor Rice Tire and present Chris and Angela Chase an award for the company’s commitment to selling Goodyear brand tires for 44 years of the tire dealers 60-year history.

Rice Tire will continue to expand next year, with the addition of six service bays to its flagship Frederick store.