The European Union tire labeling scheme has had negligible impact on purchasing decisions in its first year, according to the findings of a poll by Ipsos.

The European Union tire labeling scheme has had negligible impact on purchasing decisions in its first year, according to a report in Reuters, which cited the findings of a poll by Ipsos. 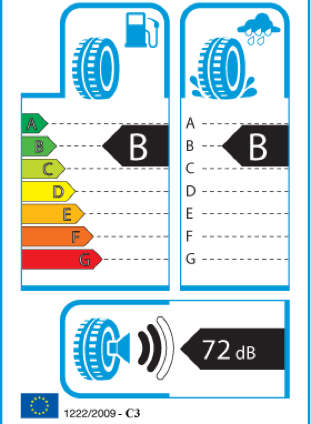 Out of the 3,400 motorists in France, the U.K., Germany, Italy and Spain who were polled, fewer than half of people who purchased tires since the scheme’s introduction in November 2012 were even aware of the labeling, according to the poll. Only 3% cited the labels as a main reason for their brand choice – compared with 17% who were motivated by price and another 17% by habit, Reuters reported.

This puts pressure on premium brands, which pushed for the labeling scheme as a way to support higher pricing by highlighting their tires’ performance advantages. Michelin, Europe’s largest tiremaker, had campaigned for mandatory labels comparing tires, according to Reuters.

"The question was whether labeling would persuade them to buy higher quality tires," Regis Auduge, president of France’s SPP tire industry body, an association of 2,500 retailers, told Reuters. "In fact, we’ve seen nothing of the sort."

The introduction of labeling has not had any impact on prices, a Michelin spokeswoman told Reuters.

Michelin Partners with Mobility Company Arity
Connect with us