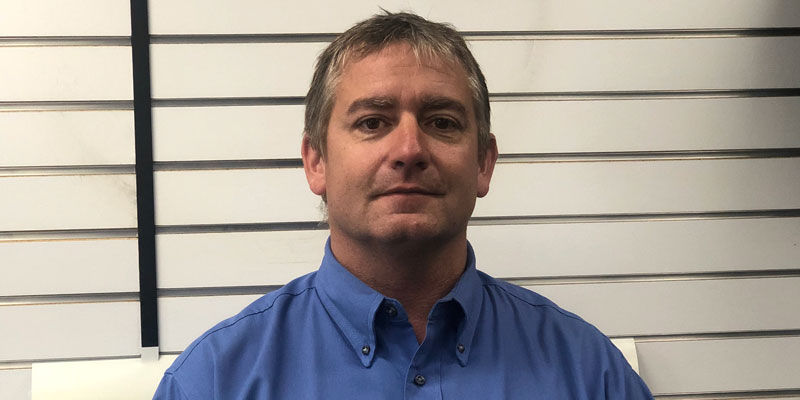 Travelers from across the U.S. and beyond visit this part of the state throughout the year to enjoy the hundreds of lakes the area has to offer. Since each of Niezgocki’s stores operates near some of Minnesota’s busiest highway corridors, many of his customers have a propensity to stop in when they’re in dire need of service in an unfamiliar town. As such, it rests on Niezgocki’s shoulders to ensure a bad bout of automotive misfortune doesn’t ruin a good time.

“People come to us with problems, whether it’s a flat tire or something broken on their car while they’re on vacation, and we’re able to solve that problem and get them to their vacation so they can enjoy the rest of their time. The fact that we’re able to do that, I love that,” Neizgocki says.

While service work does bring in a lot of Twin River Tire’s revenue, just as important for the business is retail tire sales. Twin River primarily sells Goodyear, Kenda and Hankook tires, and Niezgocki’s stores also use U.S. AutoForce for distribution. In addition, his stores are part of national networks such as the Goodyear Service Network and NAPA AutoCare, which helps attract local business through incentives like better warranties and having ASE technicians on staff.

“And we have audits through the [Goodyear] Tire Service Network to make sure we have all our ducks in a row, so we’re held to a little bit of a higher standard and we can offer more bang for the buck. Yet, at the end of the day, we’re still local,” Neizgocki says.

One up-and-coming trend he sees gaining momentum in Minnesota is consumers coming in asking for winter tires. As tire buyers become educated on the benefits of winter tires, “every year is more,” he says.

“I put winter tires on my wife’s car probably five years ago, and before that, I would put on whatever Goodyear’s best traction tire was. After that, my wife, who doesn’t care at all about tires, tells me ‘I can’t believe the difference.’ Coming from her, that really sold me,” Neizgocki says. “So, then I got to experience it first-hand and then a few other guys at work did it, so now we can go to our customers and say ‘yes, this is a great all-season tire, but it doesn’t even hold a candle to what winter tires can do.’”

He added the increase in winter tire volume also stimulates passenger car rim sales, which previously had been generated mainly by truck owners.

Like most who work in the tire industry can attest, Neizgocki says one of the biggest challenges for his stores is finding qualified automotive technicians to employ. However, Neizgocki mentioned the 30-or-so employees already working at Twin River Tire are exceptional. He recognized Dan Halbur, a technician who has worked for the company for 30 years, and Jesse Nelson, who is general manager of all three stores and has been with the company for over 10 years.

As a former technician himself, Neizgocki says giving interested students a proper education is key to digging out of the industry’s current technician shortage. To benefit his business, he utilizes resources from St. Cloud Technical & Community College, where he’s been on the advisory board for the past six years. He also recently started buying new techs at his shops $500 worth of tools, which they can keep after six months of employment.

“It isn’t much, it’s an impact [driver] with sockets and some wrenches and things, but it’s a win-win because they aren’t borrowing any of the basic tools, and they have a vested interest in sticking around and doing a good job,” he says.