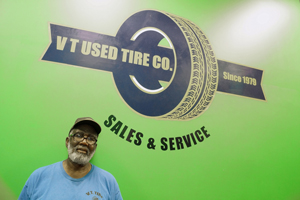 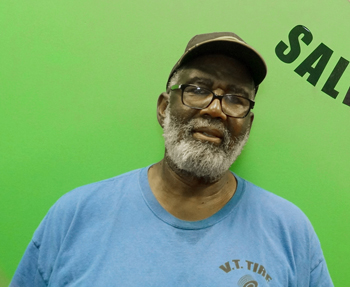 Many successful businesses have started from accidents: fudge, microwaves, post-it notes and even superglue. Sometimes success is stumbled upon, when a series of unexpected events along with hard work leads to something big. For Marshall Lucas, owner of the wholesaler and retailer V T Used Tire Co., the evolution of his business is one of those happy accidents achieved by a lot of hard work resulting in growth.

Lucas started working with tires when he joined the U.S. Air Force in the 1960s and worked as a tire jockey setting casings. When he returned home looking for a job in the ’70s, he joined his uncles in founding the commercial wholesale operation V T Used Tire Co. in Atlanta, Ga. In 1979, Lucas decided he could do more on his own and incorporated the business.

“It just kept getting bigger and bigger, and one thing led to another,” Lucas says. “I tried to start out real small. It was a mom-and-pop operation and it evolved from one thing to another.”

His business was already operating a recycling service so reselling tires that were still fit for the road was a way to make use of the perfectly good tires being thrown away. It was also a way to grow his business.

“I guess I’m a little crazy, but my favorite thing is when I take something that someone has thrown away and sell it and make good money,” Lucas shares. “For me, as a salesman, the biggest thrill is when I close the deal.”

Today, V T Used Tire Co. has 28 employees and operates a wholesale location with a 22-tire Bandag chamber, about 50 semi-trailers and six semis. The business sells tires as far west as Salt Lake City in the U.S. as well as abroad in Europe, Central America and Mexico. Plus, the wholesaler sells ag tires to farmers in Nebraska, Wyoming, North Dakota and Illinois.

So at age 72, what’s his secret for all this growth?

“Just by accident like everything else,” Lucas says. “You just meet somebody and get to talking to them. What you have to do is you develop things. You go out to the trade shows and you talk to people and find out what could be used here and what can’t be used, and then you go after it. You just have to work. If you work hard and do the right thing, you’ll be successful.”

Proud to Be a Tire Dealer: Marshall Lucas