It’s important to never underestimate the degree that pump impeller and housing design contributes to water pump efficiency. To illustrate, cavitation occurs when a “bubble” begins to form at the back of the pump impeller as the impeller circulates through the coolant. Cavitation not only undermines overall pumping efficiency, but can cause excessive erosion of the impeller and impeller housing. 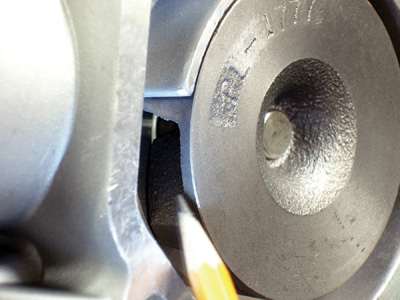 Excessive turbulence occurs when the impeller doesn’t smoothly accelerate the coolant into the engine’s water jackets. For this reason, substituting a pump with a stamped-steel “paddle wheel” impeller in place of a pump with a machined or cast impeller isn’t a recommended practice. See Photo 3.

A few modern engines use a reverse-flow system that draws coolant from the engine block, forces it through the lower portion of the radiator, then forces the coolant exiting from the upper radiator outlet into the cylinder heads. The advantage of reverse-flow systems is that, if the cylinder heads operate at slightly lower temperatures, a higher compression ratio can be used to create better combustion efficiency.

Under Pressure
Modern cooling systems remove heat from the engine assembly by using a water pump to circulate coolant through the engine block and cylinder heads. The hot coolant then releases excess heat into the atmosphere as it circulates through the radiator core.

Because the hottest temperatures are found around the cylinder head combustion chamber and exhaust ports, many engine designers use passages stamped into the cylinder head gasket to meter coolant flow into these critical areas. To prevent localized boiling or vaporization of coolant, the radiator cap is designed to increase and regulate cooling system pressure. 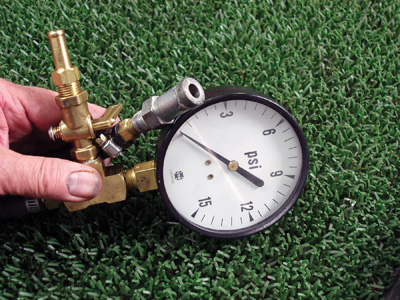 When installing a performance radiator or cooling system, it’s important that the radiator pressure cap be located on the inlet side of the water pump. This prevents the water pump from forcing the radiator cap open when the cooling system is fully pressurized. Horizontal core radiators have completely replaced vertical core radiators for this reason. If the radiator cap momentarily releases pressure under severe operating conditions, the engine’s coolant essentially flash-boils and will continue to do so until the engine cools down.

Diagnostic Inspection
As mentioned earlier, the expendable parts in a water pump are the bearing and seal. In most cases, the lubricant in the water pump bearing eventually oxidizes or leaches away, which causes the bearing to become noisy and ultimately fail from lack of lubrication. 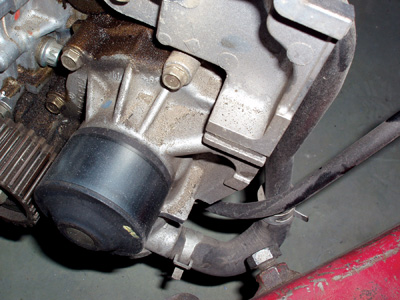 If the water pump supports a mechanical fan, a dynamic imbalance in the fan assembly caused by a missing or bent metal fan blade, or by a severely cracked and distorted molded plastic fan assembly, can shorten bearing life. In addition, the fan shroud should be securely mounted to prevent air turbulence from creating undue stress on the fan blades and water pump bearing. If the engine is equipped with a mechanically driven fan clutch, the clutch bearings should rotate smoothly and without an excess of wobble or end play.

While a small amount of “dry” seepage around the seal drainage hole might be considered normal, the seep will turn into a drip when the seal becomes defective. Some seals might develop an intermittent leak because they tend to seal better when warm than when cold or vice-versa. Rusty or dirt-contaminated coolant tends to accelerate seal wear simply because the seal is exposed to abrasive particles suspended in the coolant.

In some instances, auto manufacturers claim that their coolant antifreeze lubricates and protects seals better than generic replacements. While this claim might be subject to debate, it’s always best to replace the old, contaminated coolant with the OE or OE-equivalent coolant when replacing the water pump.

Putting the Pump to the Test
Once in a great while, a water pump might be built with a plastic impeller that slips on the shaft or with a stamped-steel impeller that sheds blades into the engine’s water jacket. The result is that the pump might be circulating an insufficient amount of coolant.

If a defective water pump is suspected, a good way to test water pump pressure is to remove the hot-water hose leading to the heater core assembly and adapt a low-pressure gauge to fit in the hose end. See Photo 4.

A good water pump impeller will cause the pressure to increase as the engine is accelerated. If pressure does not increase, the impeller is slipping on the shaft or is missing impeller blades. In general, a good water pump should develop at least 10 psi of pressure above 2,000 rpm.

The pressure can easily exceed 20 psi if the water pump doesn’t have an additional bypass circuit. In one example I tested, coolant pressures were about 3 psi at idle speed and 20 psi at 2,000 rpm. Pressures obviously vary according to engine design and configuration, so collecting a database on coolant pressures is a must. 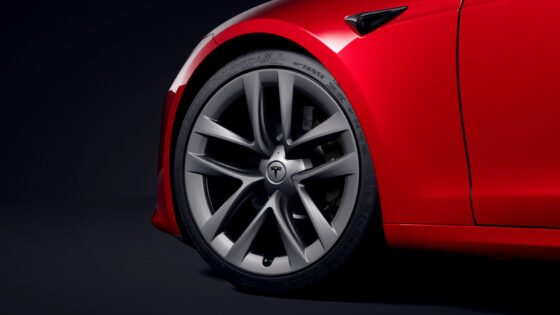