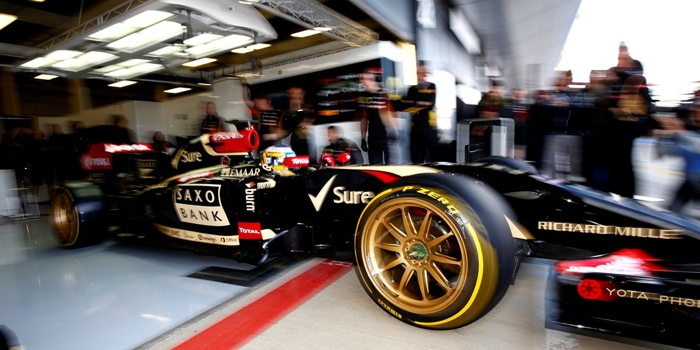 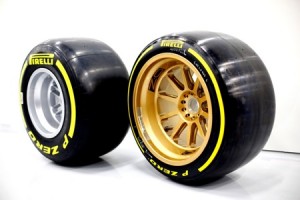 Pic headed out in the current Lotus E22 equipped with the new 18-in. tires and completed 14 laps of the Silverstone circuit. Pirelli noted that the concept tire was designed to showcase aesthetics rather than performance, and a general-purpose compound, so lap times were not the focus.

“These are just a prototype concept, but if the teams decided that they wanted us to proceed in this direction, we have the capability to carry on development in this area and come up with a production-ready version in a comparatively short space of time,” said Paul Hembery, Pirelli’s motorsport director.

According to Pirelli, the key technical advantage of an 18-in. tire is a stiffer sidewall that helps maintain the structural rigidity of the tire and also makes it easier for the tire to maintain a constant pressure – as there is less actual air inside the tire. The new tire is physically bigger, which makes it much more relevant to the UHP tires that are seen on the road, leading to greater technology transfer.