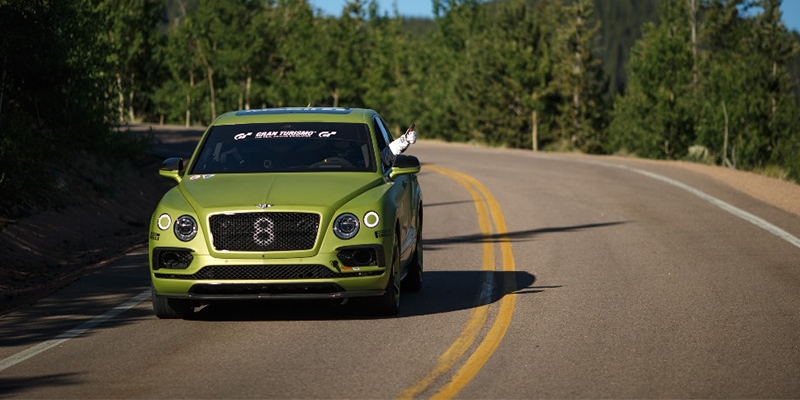 Pirelli set records at The Pikes Peak International Hill Climb at the end June, which takes place on Pikes Peak hill in Colorado, the highest summit in the Southern front of the Rocky Mountains.

Pikes Peak, the second oldest annual motorsports race in the United States, was also the occasion for Pirelli to present its completely renovated Pirelli Hillclimb rubber range. It includes a wet tire, a Cinturato, and three slick tires: Ultrasoft, Supersoft and Soft. And this really was the ultimate combination used by drivers utilizing Pirelli to take home their respective successes at Pikes Peak.

Also known as the ‘The Race to the Clouds’, Pikes Peak represents a very important technical challenge for the tires above all.

“The biggest challenge tires face is from the vast temperature changes participants experience during the course of the race at different elevations. At the start of the race, the average temperature is 77 degrees Fahrenheit, while at the top of the hill climb it can be 32 degrees Fahrenheit or it can snow at the highest point (14,110 feet), like it did for the race on Sunday. Another difficulty comes from the bumpy asphalt, in part due to the tracks created from clearing the snow which can ruin it. Therefore it is necessary to develop a tire which guarantees grip both in high temperatures at the start and in lower temperatures as the drivers ascend the hill; as well as maximum driveability on uneven asphalt. And, considering the new records and success this year, this is exactly what Pirelli tires have done,” said Terenzio Testoni, Pirelli Offroad Activity Manager.