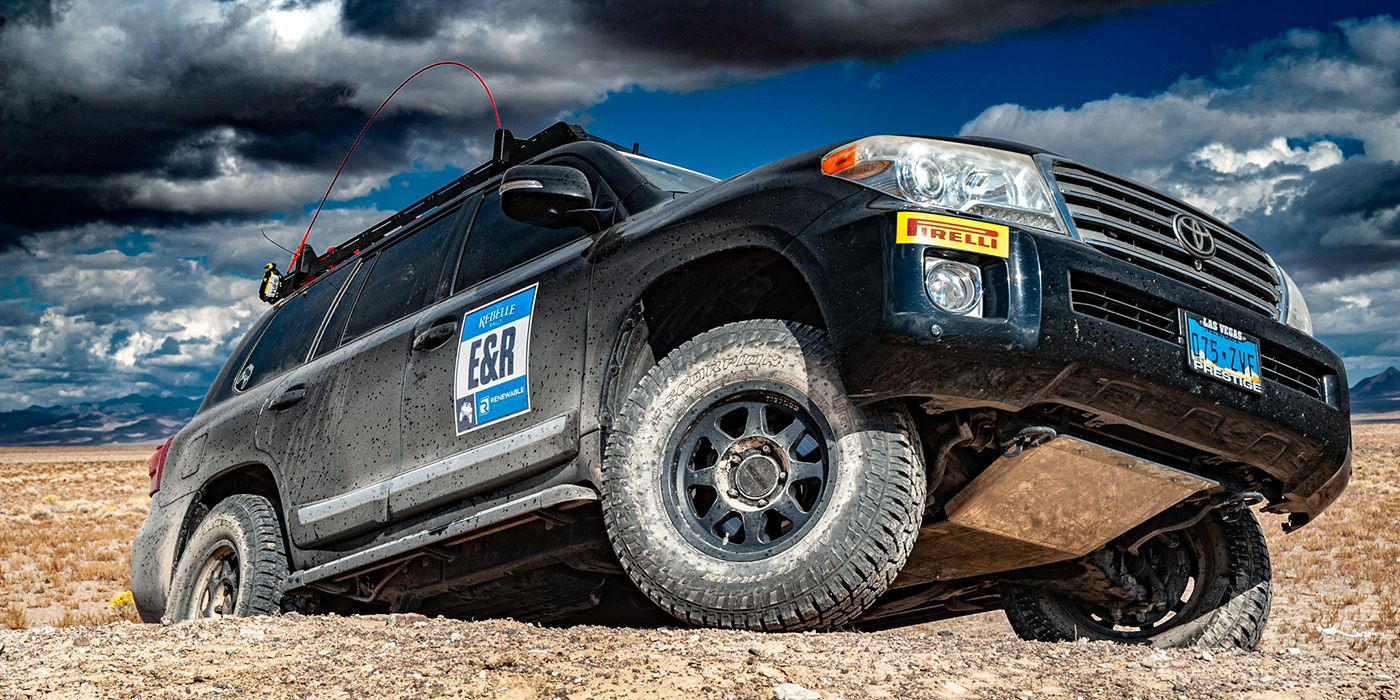 According to Pirelli, the rally is an endurance competition for women requiring precision driving and navigation over 1,553 miles (2,500 kilometers) through Nevada and California. Pirelli says the rally is not a race for speed but an event based on the elements of headings, hidden checkpoints, time and distance using maps, compasses and road books. GPS and other electronic devices are strictly prohibited.

Pirelli says the competition is the ideal proving ground for its Scorpion ATR and Scorpion All Terrain Plus tires. These two products are Pirelli’s flagship on and off-road tires, developed for drivers of SUVs, pickups, and crossovers who want to strike a balance between on-road performance and off-road capability, all with no compromise.

The Rebelle takes place on the dirt roads, double tracks, trails, and sand dunes of the American West. The route changes every year: for its seventh edition, the event will start on October 6 near Incline Village, Nevada, and finish at Imperial Sand Dunes in California on October 15.

According to Pirelli, the 2022 edition will see 110 women competing. The participants come from 94 cities, 24 states and four countries, ranging in age from 23 to 74 years old.

Pirelli says there are eight manufacturers participating fielding 15 total teams. Rivian, for instance, will compete in the Rally again, with its R1T fitted with Scorpion tires.

This year, Pirelli and Rebel partnered to create a new challenge for select Rally participants. Pirelli says the top three Rebelle teams that compete using Pirelli Scorpian tires in each class will win a donation toward a registered non-profit of their choice.

Advertisement
In this article:Pirelli, racing, sponsorship