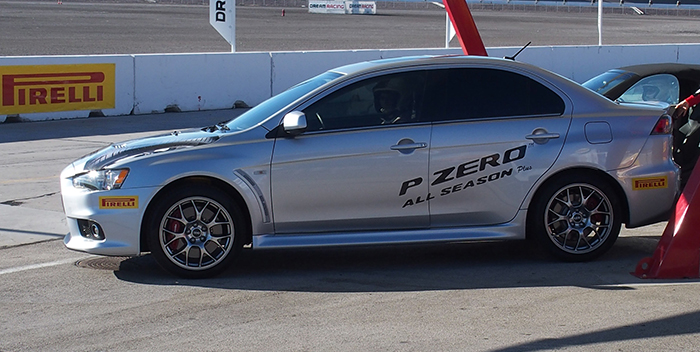 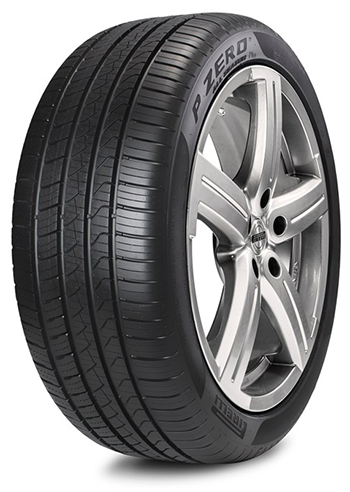 Racing, according to Enrico Bertaggia, former champion driver and CEO of Dream Racing, isn’t always about the car. In fact, when the race is all said and done, it’s always been about the tires.

Bertaggia made that remark to media and tire dealers while prepping them for a day of driving at the Las Vegas Motor Speedway. Pirelli Tire North America set out to prove Bertaggia’s point with the launch of its P Zero All Season Plus product at the speedway, a launch event held prior to the recent SEMA Show.

P Zero All Season Plus, an ultra-high performance all-season replacement tire, is designed specifically for sports cars, sports coupes and performance sedans, said Pirelli. It was designed for driving enthusiasts while keeping in mind the unique driving habits of North America’s drivers.

It accomplishes this all-weather performance in wet, dry and light snow conditions through inner block winter siping, lateral siping on the outer blocks, advanced materials and high tech production methods, according to Pirelli.

“We’re proud that this product, tailored specifically for the U.S., has been produced locally here in North America at our Silao factory in Mexico,” stated Paolo Ferrari, CEO and chairman of PTNA.

Steve Carpino, head of PTNA’s research and development, said, “Pirelli’s Plus lines are designed to give drivers balanced performance. They will not overachieve in any characteristic, nor will they sacrifice in any performance attribute.”

The tiremaker set up multiple courses on the speedway’s grounds to test and ultimately push the product to its limit. The two tests allowed drivers to get a feel of the tire’s attributes – specifically its UHP and all-season characteristics.

The first test, held on the infield of the speedway, allowed drivers to experience the tire’s dry handling. The course challenged drivers and the tires with hard braking scenarios, tight turns and high lateral G-forces. Among the vehicles available to drivers for this test were the Tesla Model S, Mercedes-Benz CLA-Class, Mitsubishi Lancer and Audi TT.

The second cou-rse also tested the tire’s handling performance in wet conditions. Pirelli set up multiple tasks to be accomplished in an Infiniti and a Chevrolet Camaro shoed with P Zero All Season Plus radials, including wet panic braking, cornering and a slalom course.

To illustrate the tiremaker’s entire lineup of P Zero tires, and where the technology of its newest member came from, Pirelli outfitted Dream Racing’s entire fleet of supercars with P Zero street and track tires including the P Zero Trofeo R.

The driving experience was heig-htened behind the wheel of vehicles such as the Lamborghini Huracán, Ferrari 458 Italia, Porsche Cayman GTS, Nissan GTR, Mercedes SLS AMG and Audi R8 V10, among others.

The ultimate test and grandest display of P Zero technology came in the form of a driving experience like none other – a Ferrari F430 GT racecar shoed with Pirelli P Zero racing slicks. The Ferrari’s 512 horsepower, V8 engine reaches 60 mph in less than 3.5 seconds and begins to top out at an incredible speed of 200 mph.

Coinciding with the launch event, Pirelli also announced a new program for North America, effective Oct. 31. The Pirelli Confidence Plan aims to provide consumers with confidence to experience the Pirelli Plus lines of products, said the tiremaker.

The Pirelli Confidence Plan offers a 30-day trial to consumers who purchase a set of four new Pirelli Plus tires from one of these lines. If consumers are not satisfied with the tires, they may exchange them within 30 days of the original date of purchase for another set of Pirelli tires.

The Confidence Plan also features limited treadwear warranties for each of the five tire lines mentioned. The new Pirelli P Zero All Season Plus is covered for 50,000 miles under the Confidence Plan.

For complete warranty details and information related to the Confidence Plan, visit www.us.pirelli.com.
P Zero All Season Plus will be available in 15 sizes in 2014, with an additional 32 sizes to be released in 2015 and 24 more sizes in 2016. The entire line will feature a total of 71 sizes ranging from 17- to 20-inch wheel diameters, with a W-speed rating.

Pirelli noted that it will launch a consumer marketing push in early 2015 to support the All Season Plus.

P Zero All Season Plus Launch