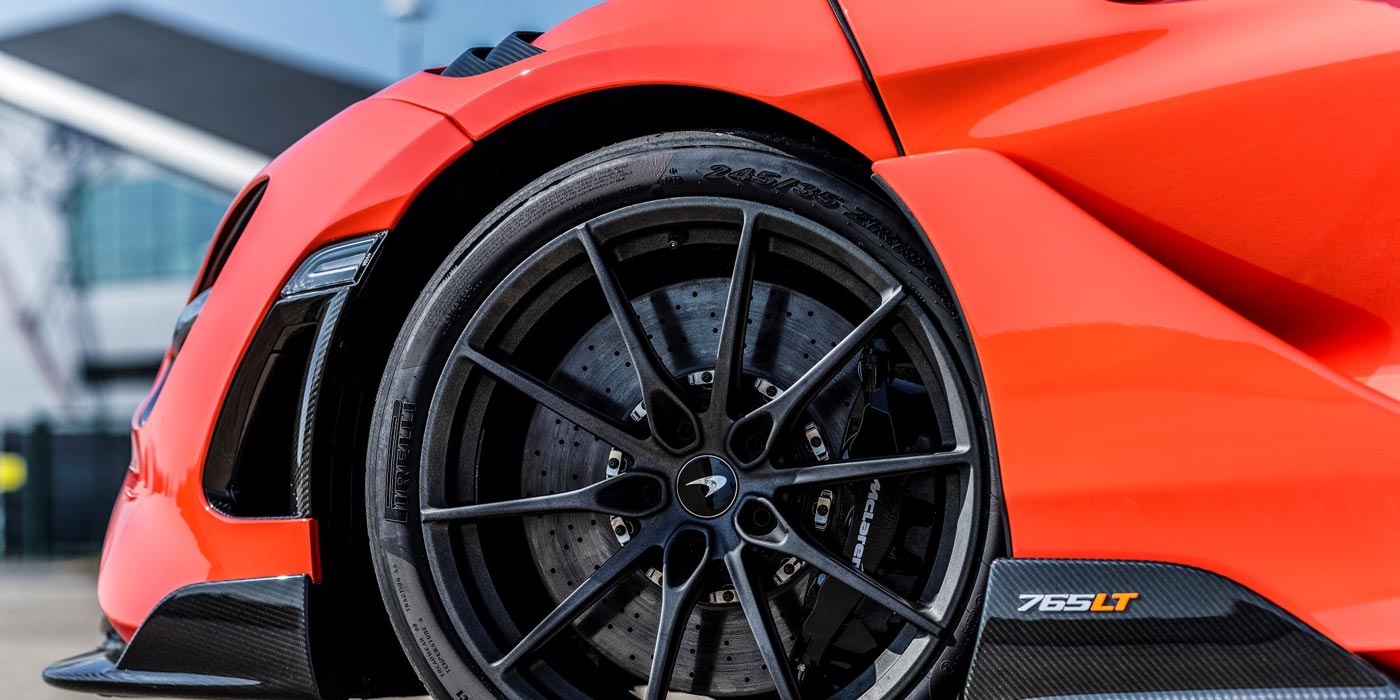 Pirelli says the Trofeo R has been refined in a joint effort between Pirelli and McLaren to meet the high-performance requirements of this latest car.

The P Zero Trofeo R tire was chosen as the starting point for this latest collaboration. Pirelli says the Trofeo R has been further refined in a joint effort between Pirelli and McLaren to meet the high-performance requirements of this latest car. For drivers who are less inclined to use their cars on track, the Pirelli P Zero tires are also available.

The new McLaren 765LT has a 765-horsepower engine that puts out 800 Nm of torque. Pirelli says its engineers worked on the structure and profile of the tires, increasing the contact patch to generate more mechanical grip and improve traction, particularly in dry weather.

Another fundamental element in achieving McLaren’s objectives was the tread pattern compound, Pirelli says. The design of the tread pattern has been designed to guarantee the best possible road holding, both in a straight line and through corners, reducing braking distances and maximizing lateral grip, the company says.

Pirellis says every vehicle leaves the McLaren Production Centre with its own specific Pirelli tire, tailor-made for that particular car and distinguished by an “MC” marking on the sidewall. Some of these tires are additionally equipped with other Pirelli technologies such as PNCS – Pirelli Noise Cancelling System – which the company says guarantees maximum acoustic comfort inside the car.