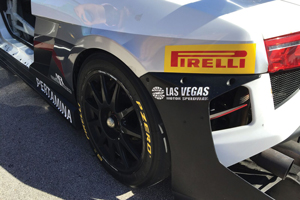 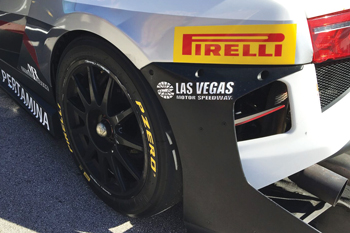 During a pre-SEMA event in Las Vegas, Pirelli invited media, dealers and friends to the Cleveland Clinic Keep Memory Alive Center to introduce new additions to its P Zero family of tires. The tiremaker also shared details on the new innovations in Pirelli technology, including an update on the company’s strategic direction.

A consistent strategy has resulted in steady growth for Pirelli NAFTA. What started with a single OE relationship back in 2002 has evolved today into multiple OE contracts with more than 1,000 product homologations, strong North-American-based production with plans to double production capacity in the next 24-36 months, an expanding product portfolio, a renewed commitment to dealers, and a focus on understanding the customer.

Pierluigi Dinelli, chairman and CEO of Pirelli NAFTA, refers to the Pirelli dealer network as “tire experts” and essential to communicating the Pirelli value to consumers. He added that they are not going to compete against their own dealer base.

Four P Zero versions were introduced at the event and tested on the track the next day at the Las Vegas Motor Speedway’s Dream Racing program. 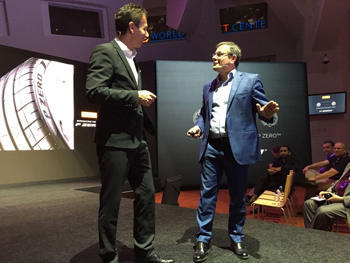 The P Zero Corsa is designed for extreme performance for the supercar. The tire stems from the company’s F1 racing footprint, designed as a motorsport slick with a tread designed for aggressive sport handling.

Two new versions of P Zero were introduced, one for luxury sedans designed for comfort and mileage, and the other for sports cars designed for performance and handling.

Ian Coke, Pirelli’s chief technical officer for NAFTA explains the differences. “In terms of the pattern itself, you can see on the inner shoulder, it’s very similar between the luxury sedan and sports car,” said Coke. “But when you look at the outer shoulder, you can see the difference. On the outer shoulder here on the luxury sedan, we have deeper lateral grooves. We have a different pitch sequence, and this is specifically done for the comfort, noise and the lateral hydroplaning. Whereas on the outer shoulder of the sports car, you can see a more rigid block, which gives you more lateral stability, drive handling, grip, but also increase lateral stability with the kind of forces that these vehicles are exhibiting.”

Finally, the P Zero All Season Plus is a redesigned UHP tire for improved handling, comfort and performance in wet, dry and slippery conditions.

Pirelli’s Run Flat system uses newly developed rubber compounds together with “self supporting” tire walls capable of bearing the weight of the vehicle even when the tire is not inflated, up to 50 mph and 50 miles. When working with customers, Pirelli advises that TPMS is especially important to tires with the run flat system to ensure the driver has enough time to get the vehicle serviced safely when an loss of air pressure is detected.

Pirelli’s Seal Inside protects the driver from a loss of air to a tire that has been wounded up to 4 mm. Rubber sealant forms a protective coating and wraps around the piercing item, sealing off the opening to prevent air from escaping and a loss of pressure.

'Best of Both Worlds': R/T Segment Fills Off-Road Niche
Connect with us