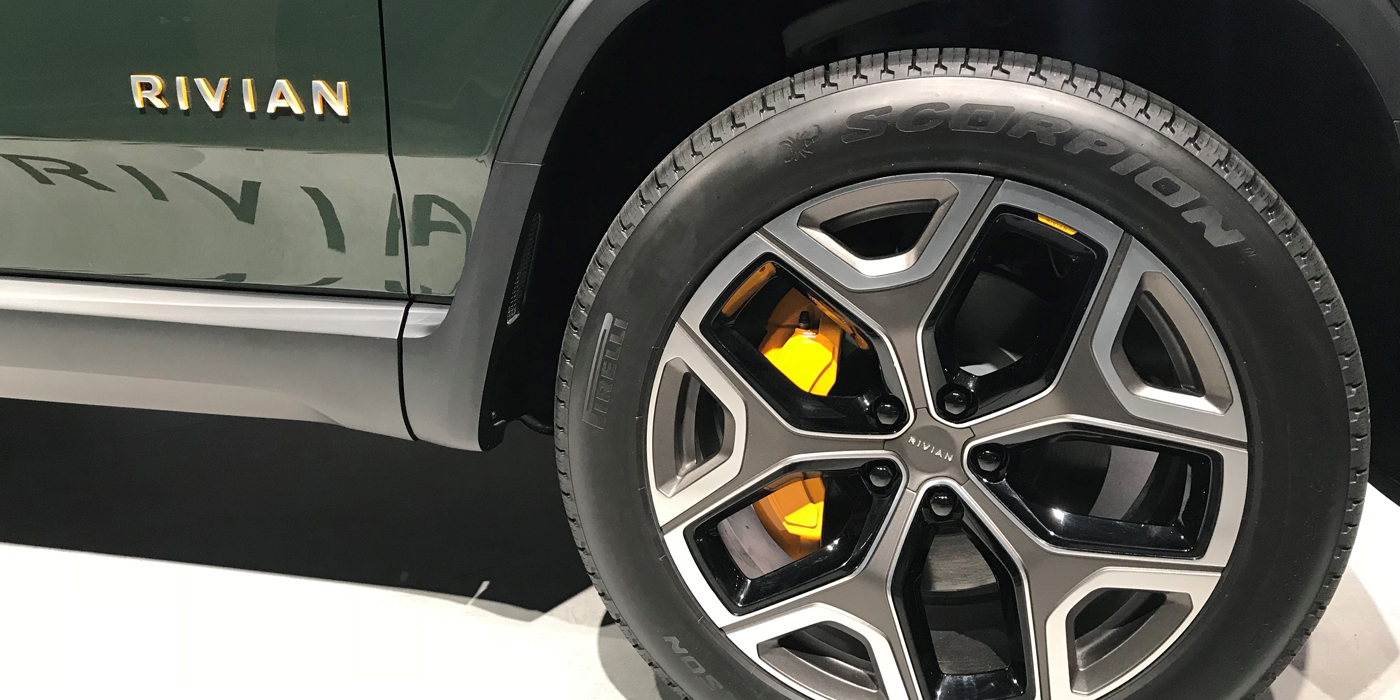 Pirelli says it developed versions of its Scorpion Verde All Season, Scorpion Zero All Season and Scorpion All Terrain tires to meet Rivian’s specifications.

The EV startup Rivian has chosen the Pirelli Scorpion range to fit its R1T pickup, which begins production in June 2021, and its R1S electric SUV.

Pirelli says it developed versions of its Scorpion Verde All Season, Scorpion Zero All Season and Scorpion All Terrain tires (Pirelli’s dedicated range for SUVs and pickups) to meet Rivian’s specifications, and to enhance the vehicles’ characteristics following the “Pirelli Perfect Fit” strategy. Pirelli tires developed for Rivian have a special marking on the shoulder: RIV and Elect.

With the Verde All Season tire, Pirelli says its engineers worked on a higher-silica compound that decreases the vehicles’ energy consumption. Then, they worked on a dedicated design of the mold, narrowing the tread pattern of the tires and keeping an optimal footprint pressure distribution.

With the Zero All Season, Rivian asked Pirelli to develop an even “grippier” version of the tires. Pirelli says its engineers introduced nano-composite compounds to ensure maximum grip and stability. Then, they focused on the tread pattern, introducing a dedicated mold with a larger tread width, able to provide more contact area.

In the case of the all-terrain tire, Pirelli says the challenge was to create a dedicated version of these tires for Rivian to match their low rolling resistance targets with the off-road applications. To achieve this result, Pirelli says its engineers designed a dedicated mold to reduce the weight of the tire, adding then a compound for light trucks that made the tires more resistant to cuts and lacerations.

Pirelli and Rivian co-developed these products over almost two years, and this collaboration has resulted in three tires: 20, 21 and 22 inches. In particular, the Scorpion Verde All Season in 21 inches has a special tire size, specifically for Rivian: 275 55R21.