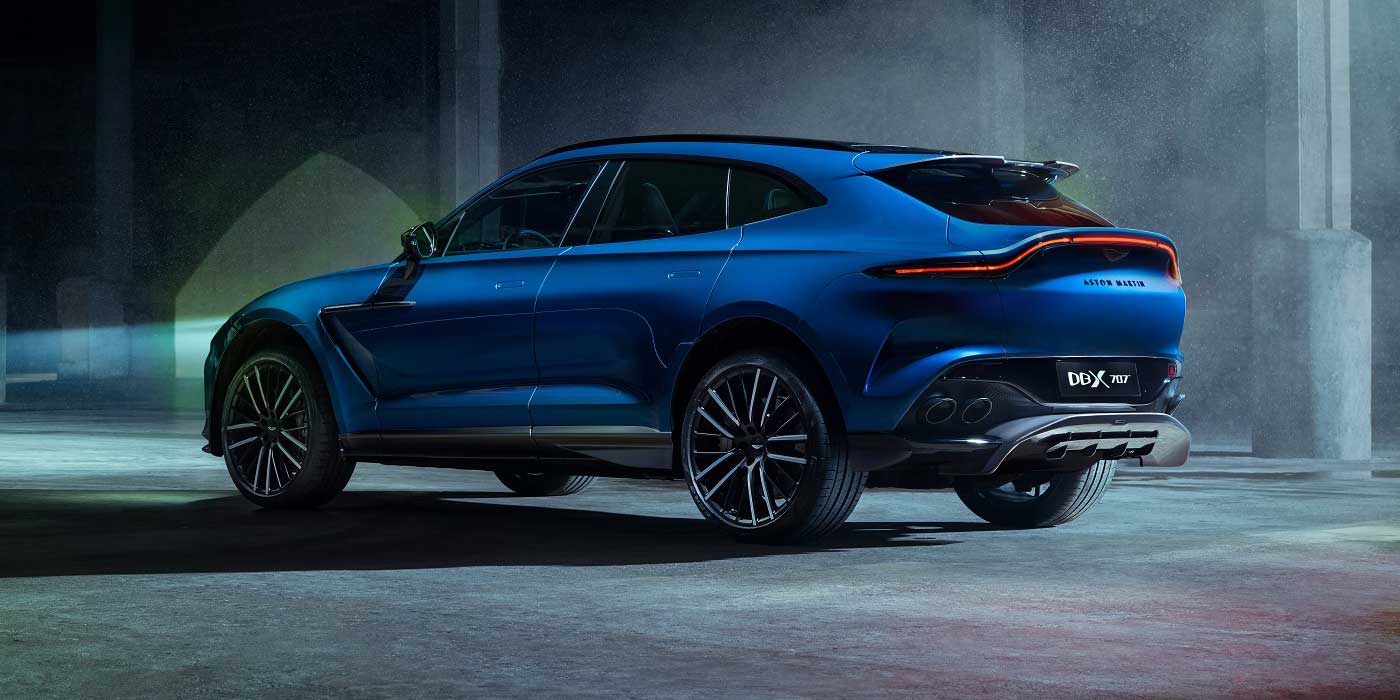 Pirelli is equipping the Aston Martin DBX707 with Pirelli P Zero tires. Pirelli says its engineers have created new tailor-made tires for the vehicle on top of the 22-in. tire already made for the DBX: P Zero in 285/35R23 size at the front and 325/30R23 for the rear.

Pirelli says these P Zero tires benefit from a compound that’s derived from the Aston Martin’s grand touring models in order to enhance the car’s performance as much as possible, with greater rigidity in the sidewall thanks to a specific geometry in the canvas that makes up the structure of the tire. The size of this tire allows for a more direct steering response and increased cornering speeds on track. For those wanting a solution that they can use all year on multiple road surfaces – dry, wet or light snow – the scorpion zero all season is also available (in two sizes) complete with its distinctive A8A marking, which identifies these tires as having been specially made for the Aston Martin DBX, the company says.

The P Zero tires are equipped with PNCS (Pirelli Noise Cancelling System) in the front tire size, which are designed for reduced road noise. The PNCS technology is made up of a sound-absorbing material placed within the tire that is engineered to soak up all the vibrations that would otherwise be transmitted into the cabin, the company says.

The tires for the Aston Martin DBX707 are made in Pirelli’s Settimo Torinese factory, just on the outskirts of Turin, using the robots from Pirelli’s MIRS system (Modular Integrated Robot System), the company says.