Long Beach, Calif.’s Performance Plus Tire & Auto celebrated its 40th anniversary earlier this month, hosting a grand celebration for some 250 guests at its Long Beach Superstore. 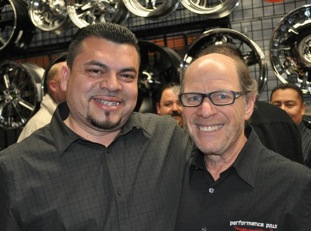 Owners Hank Feldman and Ricky Oropeza also gave their personal insights of the company’s unique and challenging history, including trips down memory lane for the guests. Also in attendance was retired former owner Glenn Feldman, whose long history with the business was given special recognition.

Performance Plus began life under the name of The Big House of Chrome in Inglewood, Calif. A few years later, they bought Dave’s Home of Chrome in Compton, Calif. Further expansions boosted the company to 10 locations in Los Angeles and Orange County, all of which were renamed Performance Plus Tire & Auto.

Three stores were lost in the 1992 Los Angeles riots, which also resulted in Performance Plus losing inventory at two other stores. Further consolidation shrunk the company down to one “superstore” in Long Beach.