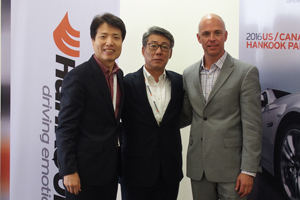 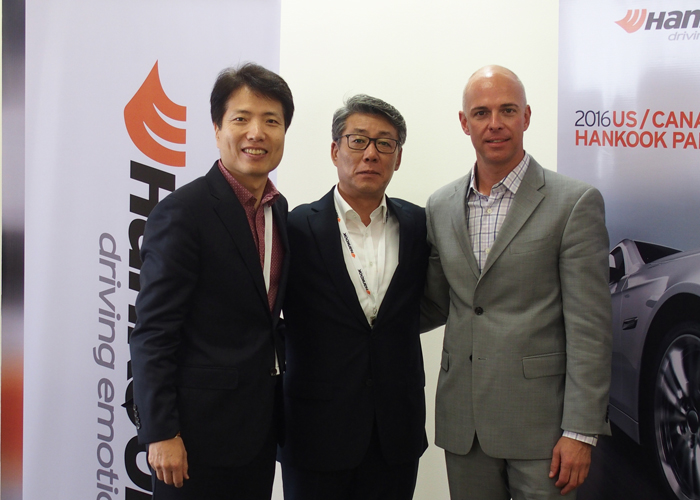 At its annual Partners Day meeting in Liberia, Costa Rica, Hankook Tire America Corp. provided the 87 dealers in attendance an overview of the tiremaker’s strategy in terms of logistics, production, OE, marketing strategies and R&D technologies.

Shawn Denlein, senior vice president of sales for Hankook Tire America Corp., said that significant investments in each of those areas are at the core of Hankook’s strategy to be a top tier brand.

“We believe that to be a top tier we need to invest in all of these areas. As we look at the other brands that are top tier, we see this is a common theme; we feel we are heading in the right direction. It is important to have assets and important to spend to get to that top tier, and I want our dealers to say Hankook is spending a lot of money in important areas to get us there.”

The drive to be a Tier 1 tire has not been without its challenges.

In the U.S., the company has increased its market share to 4.3%, aided by strong sales in light truck, UHP and passenger car tires. Denlein told dealers to eclipse over 4% was a milestone for Hankook in the United States. Sales in the Americas (U.S., Canada and Mexico) were 22.1% of Hankook’s total, ranking second only to Europe at 30.6%. This represented growth of almost 1.3% from 2014.

Although not discussed during the general session with dealers, in a separate interview Hankook executives told Tire Review the Laufenn brand launch in March 2015 was a success and they were happy with initial results.

“Dealers are satisfied with the launch, happy with consumer feedback and the profitability of the brand,” said Denlein. “Our message is that Laufenn is in the value segment. It is successful due to quality of brand, our branding efforts and availability in the warehouses stateside. We are adding expansion sizes this year, so it’s a launch of a brand we continue to develop.” 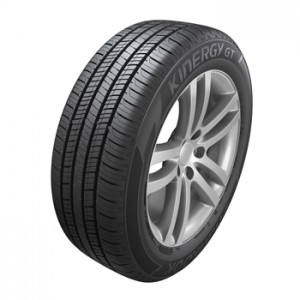 Hankook rolled out two tires during its dealer meeting – the Kinergy GT H436 (above) and Winter I’cept iZ2.

Currently, Hankook has seven plants producing more than 100 million tires with a goal of 130 million tires by 2020. Denlein confirmed the TechnoDome will open mid-year and will be the center of development for Hankook, with tech centers like Akron, Ohio, focused on the local markets. A new winter testing center in Finland is tentatively scheduled to open in the first quarter of 2017.

Denlein emphasized that supplying to OEMs is a significant part of Hankook’s strategy, with a focus on premium OE fitments with automakers BMW, Mercedes, Audi and Volkswagen. Hankook also believes it will continue to be a strong partner with Ford and the Japanese car brands, as well as Kia and Hyundai.

“The consumer believes there is a certain quality, especially when you see the resale value of the Japanese cars, and that we are considered OE on those types of vehicles,” Denlein said. “When you get an OE fitment on a premium vehicle it is quite an accomplishment.”

Denlein introduced two new Hankook products including the Kinergy GT H436 grand touring tire. The tire will be out in the second quarter of 2016 and will replace the H426, which will stay in the OE sizes. The H436 has a UTQG rating of 540/A/A and will be available in H and V speed ratings, 40- to 65-series sizes and cover 15- to 19-inch wheel diameters. Denlein said this tire will have a “tremendous” amount of OE fitment for various models of Hyundai, Volkswagen, Honda and Chevy products.

Also announced was the Winter I’cept iZ2 (W616) studless product with 37 sizes. This tire will come in 45- to 70-series sizes ranging from 13 to 18 inches. It will be available next season. 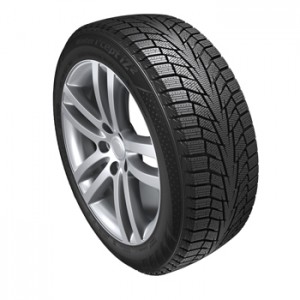 Hankook rolled out two tires during its dealer meeting – the Kinergy GT H436 and Winter I’cept iZ2 (above).

Denlein announced a new website with more timely content will be launched to make the user experience more “user friendly” and make it easier to find Hankook dealers. Denlein said that at this point the tiremaker does not plan to sell direct to the consumer, but will continue to monitor and study what he calls “an ever-changing market.”

Hankook executives attributed significant growth of its brand awareness due to its affiliation with Major League Baseball. The tiremaker has partnerships with 26 teams and called the exposure “priceless” as it claimed to receive more than 4.8 billion impressions from signage behind home plate and on outfield walls.

Hankook will continue a full-scale activation of its partnership with the Disabled American Veterans (DAV) program with events to support veterans including MLB appreciation games, a 5k run in San Diego and a career fair.

Former MLB player and manager and current ESPN analyst Bobby Valentine entertained attendees with stories from his career. He also touched on his entrepreneurial pursuits, including the growth of his restaurant chain, a sports coaching business and a documentary film company. He spoke of the need to treat all employees different, yet find a common bond to bring them together.