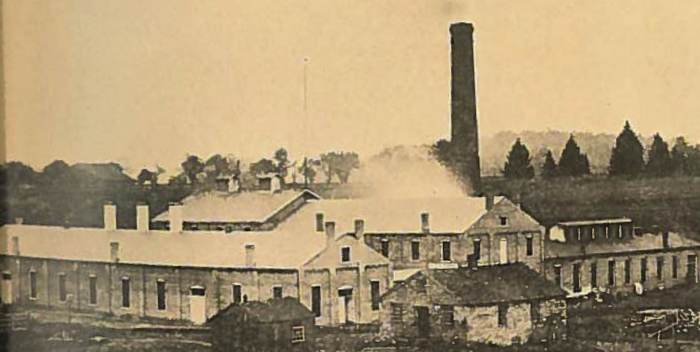 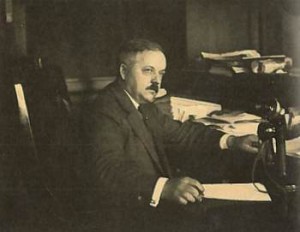 Late in the autumn of 1898, a young man rather short of stature and wiry of physique, purchased 12 acres of ground and a ramshackle strawboard box factory in East Akron. He borrowed $3,500 and gave his personal notes for $9,000 more. Thus, with capital of $12,500, F. A. Seiberling, one of the foremost and most romantic figures in the industry, launched the company to which he gave the name of Goodyear, to perpetuate the name and fame of Charles Goodyear, the Yankee inventor who had given to the world the discovery of the process of vulcanization. It was Dec. 8, 1898, that the boilers were fired and the Goodyear Co. began to make solid carriage tires and pneumatic bicycle tires.

Mr. Seiberling had been associated, prior to his entry into the rubber business, with his father, J. F. Seiberling, in the J. F. Seiberling Co., owners of the Empire Mower and Reaper Works in Akron. Associated with him from the start in the Goodyear Co. was his brother, Charles W. Seiberling. P. W. Litchfield, a New Englander, joined Goodyear in 1901 and built the company’s first pneumatic automobile tire. He has since directed the construction of more than 70,000,000 Goodyear tires. In 1903, G. M. Stadelman joined the Goodyear as manager of carriage tire sales, and later became sales manager and then vice president in charge of sales. He is now president of the company. Mr. Litchfield climbed rapidly in the organization to his present position of first vice president and factory manager.

After the actual production start of the little company on Dec. 8, 1898, the clear sailing was short lived. On Christmas day of the same year, Mr. Seiberling was notified that a decision of the United States District Court completely validated solid tire patent claims of a firm, which had been making solid tires long before Seiberling entered the business. Seiberling immediately sought to secure manufacturing rights under the patent, but before this could be done the patentee had instituted infringement proceedings against him. Undaunted, the “Little Napoleon of the Rubber Industry”—for it was then that he first gained that appellation—launched into production of solid tires as vigorously as possible, and in four months had made such inroads into the business of the million dollar patentee concern that the latter suggested withdrawal of its suit if Seiberling would limit his production to $50,000 worth of tires annually and confine sales to orders from the patent owners.

Mr. Seiberling refused to sign the armistice, rejecting the compromise offer and redoubling his production effort. Soon he had a contract for $600,000 worth of solid tires. Finally, the litigation came to a head and after tedious days of court hearing, the patent involved was declared null and void. Seiberling and Goodyear had won a notable victory—one of the most notable patent victories in the history of the rubber industry, and a victory that spelled expansion and prosperity for all Akron makers of solid tires. 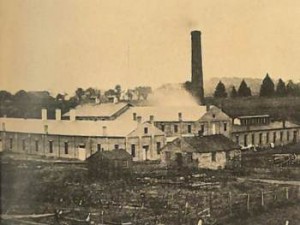 The victory created one of the memorable events in Akron’s history. All Akron rejoiced over Seiberling’s successful resistance of the infringement suit. Bells were rung throughout the city. Whistles were tooted. It was not only a Goodyear victory—but an Akron victory and Akron citizens turned out en masse to celebrate. Goodyear subsequently weathered other financial storms and patent infringement suits, and became the largest rubber manufacturing concern in the world, Goodyear sales under Mr. Seiberling’s leadership climbing to more than $168,000,000 in 1919 when Goodyear factories turned out 6,800,000 tires for automobiles, bicycles, motorcycles and trucks.

Mr. Seiberling continued as the company’s president until 1921, when control of the company passed into the hands of financial interests.

In 1921, F. A. Seiberling and C. W. Seiberling stepped out and E. G. Wilmer of Milwaukee became the Goodyear president. Mr. Seiberling immediately started a new company, the Seiberling Rubber Co., many of his old Goodyear associates going with him in the new venture. Principal among these was I. R. Bailey, for years with the Diamond Co. and also with Goodyear, who became the Seiberling vice president in charge of sales. He succumbed in 1923. In 1923, Mr. Wilmer became the Goodyear chairman and Mr. Stadelman was elevated to the presidency with Mr. Litchfield as first vice president and factory manager, F. K. Espenhain as vice president. Prominent in Goodyear affairs for years have been L. C. Rockhill, sales manager; C. A. Stillman, secretary; W. D. Shilts, assistant secretary; P. H. Hart, treasurer; William Stephens, general superintendent; and C. C. Slusser, factory staff manager.

Goodyear was the first Akron rubber company to enter the rubber plantation business, penetrating the jungles on the Island of Sumatra in the Far East in 1916 and establishing a 20,000-acre plantation which now has more than a million rubber trees under cultivation. Goodyear also transformed the sand dunes of the Salt River valley in Arizona into a fertile cotton plantation of 56,000 acres. Goodyear subsidiary and allied companies include the Goodyear Tire & Rubber Export Co.; the Goodyear Tire & Rubber Co. of California, operating at Los Angeles the largest tire factory on the Pacific Coast; the Goodyear Cotton Mills Inc., operating cotton mills at Killingly, Conn.; Devon Mills, a big fabric plant at New Bedford, Mass.; the South West Cotton Co., the Goodyear-Zeppelin Corporation, and the Goodyear Rubber Plantations Co., in Sumatra.

Just as Goodyear was getting under way, Harvey S. Firestone acquired interests in the carriage tire department of an Akron carriage factory and in 1900 bought an old foundry building in South Akron and began the production of solid tires. The original payroll of the Firestone company contained 12 names. Today, Firestone employees number into the many thousands with branches throughout the world and the company’s factories in Akron represent one of the most completely equipped industrial institutions of the world. Mr. Firestone early asserted his leadership in the rubber industry. He aided in organizing the Rubber Association of America and served as its president in 1916 and 1917. The company’s sales in 1910 were $7,500,000 as compared to $85,610,004 in 1924—a 12-fold increase in the last 14 years. With the outbreak of the World War, Firestone built a plant for construction of balloons for the government. The company has since built in Akron one of the largest rim plants in the world, operated by The Firestone Steel Products Co.

Mr. Firestone was one of the first to see the need for concerted action upon the part of American rubber manufacturers in shaking off their almost total dependence upon Great Britain for their rubber and in 1922 and 1923 inaugurated the “America Should Grow Her Own Rubber” campaign which resulted in a $500,000 congressional appropriation to investigate the possibilities of growing rubber under American capital, in foreign countries. Mr. Firestone, continuing his campaign, has launched his own rubber-growing project in Liberia and also is interested in a rubber growing movement in Florida.

Part 2: A Look Back at the Early Days of the Akron Rubber Industry