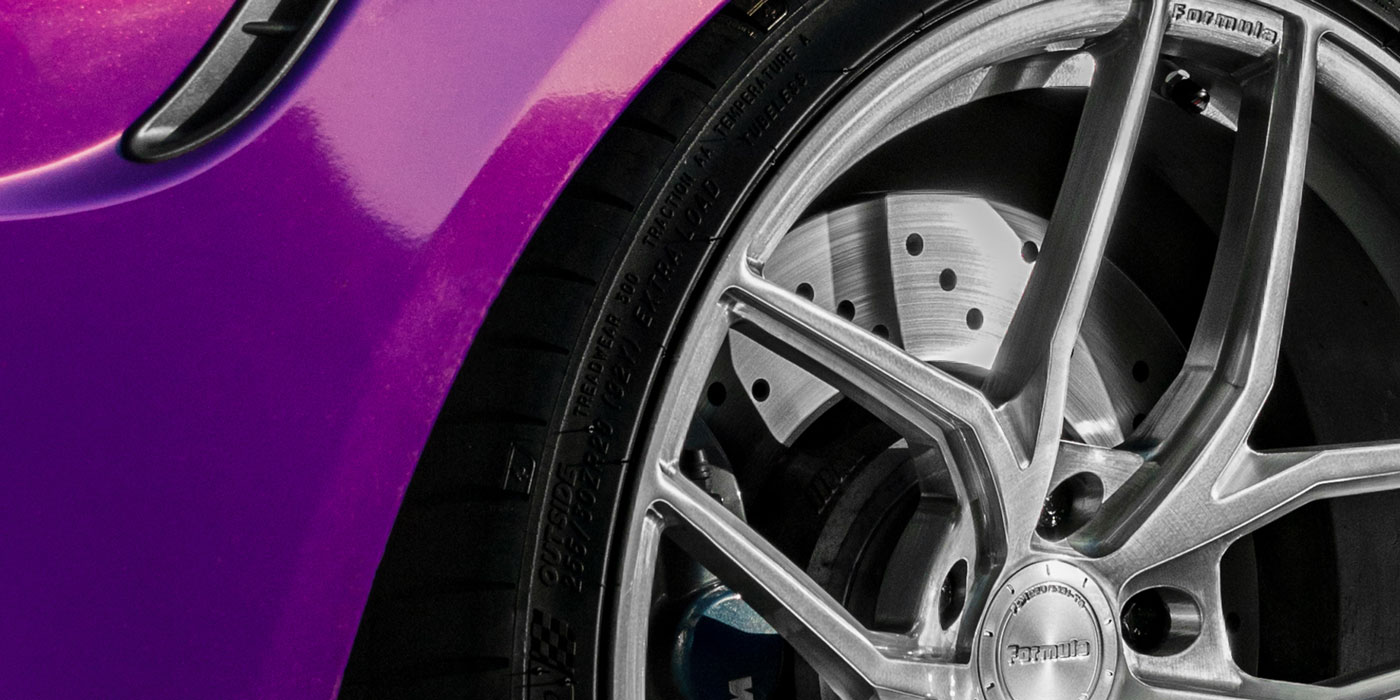 As OE manufacturers continue to look to differentiate their vehicles with performance packages and larger wheels, the traditional “high performance” segment is disappearing.

“The high-performance segment has been on a steady decline over the years,” says Chris Han, marketing manager for Kumho Tire USA. “OE trends have been a factor in that vehicle manufacturers have been fitting their newer vehicle models with larger rim diameters, higher speed ratings and lower aspect ratios. Tires that were once designated for high-performance sports cars are now pretty much becoming standard.”

As OEM demand for performance continues to increase, finding distinctions between the UHP verses HP segment is becoming less relevant, says Brandon Stotsenburg, vice president of automotive for Kenda Tire USA. Now, the HP segment has blended into the grand touring segment, he says, leaving the industry with the UHP segment—both summer and all-season—and the grand touring segment geared more toward performance.

“These tires [grand touring tires] provide all of the key touring characteristics while providing H- and V-rated performance with A Traction,” Stotsenburg explains. “The size range for these tires is based on vehicle applications created by the OEMs; For example, there are three BMW 3 Series applications which require a UHP tire and others which require a grand touring tire.”

Daniel Kelly, product planner for consumer replacement tires at Bridgestone Americas, agrees that as the tire market for sports cars and performance vehicles has shifted from high-performance to ultra-high-performance tires, the HP market has declined while the ultra-high performance market—particularly the UHP all-season segment—and touring tire categories have stayed strong.

Based on the growth in the OE market, the UHP all-season replacement segment will also expand as OE manufacturers continue to differentiate their vehicles with performance packages, staggered fitments and multiple size offerings per vehicle, says Jon Vance, senior vice president of product marketing for TBC Corporation.

How Did We Get Here?

Legislation plays a key role in this trend.

Carmakers are subject to follow CO2 emissions standards set by the Environmental Protection Agency and other federal agencies. For model years 2022-2025, vehicle manufacturers are tasked with improving CAFE ratings (corporate average fuel economy ratings) to about 36 mpg, according to the Center for Climate and Energy Solutions. Some carmakers could—and probably will—go above and beyond that.

This translates to tire manufacturers adding performance characteristics to their replacement lines to match OE fitments in fuel-efficiency performance.

“The high-performance segment has a challenge to provide tires with lower noise levels, better wet grip, lower rolling resistance and reduced tire weight, all the while keeping safe and precise handling response in dry and wet conditions,” says Abhishek Bisht, global head, new markets and channels for Apollo Tyres. “High-performance tires are spreading to different platforms and can be found on a wide range of sizes, from 16 to 20 in. rims… and 17 in. and over have become standard in the segment, especially in high-performance applications for sedans, CUVs and SUVs.”

“They have no idea that when they buy their everyday [Toyota] Camry Sport or [Honda] Accord Sport, pretty standard cars that you see on the road, they will come with Z-rated tires instead of H and V—or it used to be S and T years ago. We’re finding that consumers are a little bit surprised when they go purchase tires and they’re told, “You have a high-performance tire on your car. You might not be a spirited driver, but you wanted the 20-in. wheels, and this is what came on your car.”

What Does the Future Hold?

Expect to see the performance of grand touring tires continue to improve in wet and winter conditions while still retaining the quiet and comfortable ride drivers expect, says Bridgestone’s Kelly.

“We anticipate the momentum for grand touring tires may affect the high-performance tire market, reserving it for a smaller, niche market of vehicles such as vintage sports cars,” he says.

Michelin’s Rouby believes this will be the case.

“I’m seeing sizes offered in a CrossClimate, which is an all-season tire, with W- and Y- rated fitments,” she says. “They’re maintaining it at H and V because there’s a consumer need for it, so I don’t think we’re going to go all the way to Z necessarily, but we are seeing [an increase in speed ratings] in our other lines that are not ultra-high performance.”

“I see it continuing to go up,” she says. “Right now, with the launch of the Pilot Sport All-Season 4, our size range goes up to 22 inches but we’re looking at 23.”

What Do Dealers Need to Know?

As performance vehicles roll off car dealers’ lots with a summer tire on them, drivers may not know their car is equipped as such until they get into a situation where their tires don’t perform as expected. That’s when tire dealers need to step in and educate their customers about their tires, says Michelin’s Rouby.

“If a car comes in with a Z-rated tire, you can’t go down to H- and V. You can only go up a W- or Y-rated tire,” she says. “That’s because that vehicle is specifically homologated to perform best with a UHP Z-rated tire. Stick to what’s on the placard of the car door because if you go down, not only are you going to notice drastic handling differences, but it could actually compromise the safety of the car.”

According to the U.S. Tire Manufacturers Association, replacement tires should be the same size, load index and speed rating designation as recommended by the vehicle or tire manufacturer. Installing a smaller-sized tire or a tire with lower load-carrying capacity than what was originally specified could be dangerous.

Dealers should also ask drivers about their driving style, needs for all-season capability and concerns about the tires they currently have on the vehicle, says Kenda Tire’s Stotsenburg.

“Be aware that there are many tires which can match the minimum requirements for speed rating but may not meet [the] consumer’s needs for performance. Retailers should try to experience the performance of the tires they’re selling in these segments to assure they’re recommending the best fit,” he says.

With the grand touring segment taking share from the traditional HP segment, matching customers with the right tire is important.

For example, your UHP all-season customers are those who will focus on everyday high-performance driving, says Terry Smouter, director of the Hankook Tire’s sales management team for PC/LT tires. UHP all-season tires are designed to provide some grip in winter conditions without giving up too much in dry and wet handling. HP, or what some are calling the modern-day grand touring segment, is a more traditional segment that offers good grip, response and handling when driving at higher speeds.

Smouter agrees that in recent years, the HP segment has been slowly giving way to the grand touring segment as demand for higher speed ratings has increased.

Bridgestone’s Kelly says that as tire technology has improved, Bridgestone has been able to get higher performance out of grand touring tires, such as its Turanza QuietTrack, while still providing the quiet, comfortable ride drivers expect.

He said the Turanza QuietTrack features Hydro-Track technology for enhanced water evacuation and EdgePerformance technology with interlocking sipes for better snow and wet performance to give drivers a more high-performance experience.

For tire manufacturers alike, balancing all of these categories is a significant engineering challenge, says Hankook’s Smouter. He says Hankook has taken on that challenge by adding another option to its touring tire line with the Kinergy PT, classified as a “premium passenger and crossover touring tire.”

On the performance side, Kumho has balanced these categories by consolidating its tire lines, says Han. In 2018, the South Korean tiremaker exited the HP product offering and combined its previous Ecsta PA31 (HP) and Ecsta 4XII (UHP) lines into a single mega-line—the Ecsta PA51, Kumho’s current UHP product that includes some smaller fitments.

Kenda’s Stotsenburg says Kenda gives dealers options to fit different applications for sizes that fall into both the UHP all-season and grand touring segments. For example, the 245/45R18 is available in a Y-rated Vezda UHP A/S (KR400) and V-rated Vezda Touring A/S (KR205), he says.