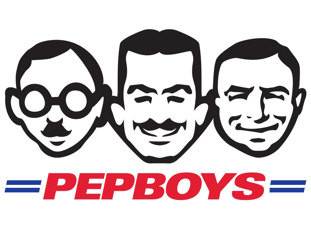 Late on Sept. 26 it was learned that Pep Boys president and CEO Mike Odell had “resigned,” effective immediately.

Short-term, Odell is replaced by interim CEO John Sweetwood while the company searches for its four CEO over the last eight years. The company said it will look at both internal and external candidates for a permanent replacement.

His departure came just two weeks after the auto parts retailer and service business posted yet another round of poor results. The company’s stock value has dropped by 24% this year, through Sept. 25.

Industry analysts weighed in on Odell’s departure. Seeking Alpha offered: “Shareholders in auto parts retailer Pep Boys are probably not the happiest lot after a negative stock price performance over the past year, including a roughly 20% drop in 2014. The company has been hurt by a decline in overall comparable store sales, as well as rising overhead costs of an expanding store base, which have combined to negatively impact its adjusted operating profitability, leading to a 54.7% decline in operating income in in fiscal year 2014.”

BB&T Capital Markets stated: “Not sure who will drive the bus. Following the ‘resignation’ of CEO Mike Odell, we have close to zero visibility regarding interim management’s strategy to turn around what is likely the most ‘complicated’ business model in the aftermarket. With limited details regarding the board’s criteria for the new CEO search (focus of new management) and given Pep Boys’ prior management volatility (three CEOs in the past eight years), we think significant uncertainty exists as to future business direction.

“Current store count remains a question mark. With roughly 800 stores, 70% of which are larger Supercenter and Superhubs (20,000-21,000 square feet), Pep Boys faces the task of operating an oversized, inherently inefficient ‘big box’ footprint. Notably, Pep Boys’ supercenters are roughly two to three times the size of a comparable aftermarket retail store. Similarly, we believe Pep Boys operates a challenged footprint given limited store density in certain western markets (e.g., Seattle and Phoenix), as well as recently underperforming remote locations in Puerto Rico. As management previously acknowledged ongoing exploration of a potential divestiture of roughly 10%-15% of the current supercenter footprint and given the current leadership question mark, limited visibility to store rationalization under new management puts us on the sideline.

“The Road Ahead less certain to be Pep Boys’ road ahead. We note Pep Boys’ management change occurs at a time of rapid store renovations as the Road Ahead initiative was expected to continue with relaunches in Denver, Cincinnati, and Baltimore by year-end following recent resets in Charlotte, Tampa, Boston and San Francisco. As prior plans to reset some 90% of supercenters may change under new management, we retain limited visibility to Road Ahead plans and associated capital spending.”