Sitting Charlotte mayor Anthony Foxx has been tapped by President Obama to serve as the next U.S. Secretary of Transportation. 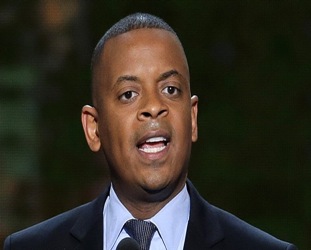 If approved by the Senate, Foxx will replace Ray LaHood, who is stepping down after four years as the chief of the DOT.

Mayor of Charlotte since December 2009, Foxx has demonstrated that he is a strong proponent of transportation projects, but is considered a realist in recognizing that federal and state tax dollars are shrinking.

The American Trucking Association quickly weighed in on Obama’s choice. “On behalf of ATA, I’d like to congratulate Mayor Foxx on his nomination as transportation secretary and say we look forward to working with him once he’s confirmed by the Senate,” said Bill Graves, ATA president and CEO.

“As mayor of a large city, Mayor Foxx dealt with very similar challenges with regard to transportation issues that I did when I was governor – chiefly responding to the demands of constituents and developing a multimodal transportation network.

NHTSA, which is heavily involved in tire product matters is part of the U.S. DOT.