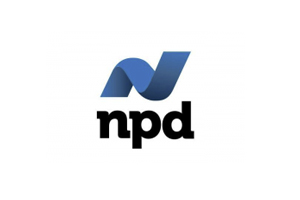 The automotive aftermarket industry grew to $14.6 billion in 2015, with dollar sales increasing by 3.9% and units/quarts by 1.7%, according to The NPD Group. While dollar sales have been accelerating since 2013, unit/quarter sales have been down, and 2015 marked the first year in which both ended positively. New and used car sales, an increase in miles driven and atypical weather were factors that influenced the aftermarket’s strong performance during the year.

New car sales hit a record in 2015, with 17.5 million sold, but for the automotive aftermarket the story lies in used car sales, which were more than double that of new cars. Nearly 40 million used cars were sold in 2015, according to statistics from the National Automobile Dealers Association. The aging vehicle trend played into much of the growth seen across the top-grossing aftermarket categories. Of the 29 automotive aftermarket categories tracked by NPD, 75% of the volume comes from the top 10 categories.

“Many new cars return to the dealership for service, which is not necessarily advantageous for the aftermarket industry. Used or aging cars, however, generate maintenance behavior and a need for products in this space. We believe there’s an opportunity for the aftermarket industry almost immediately after purchase to talk to those consumers about what type of maintenance needs to be done on their recently purchased used car,” said Nathan Shipley, director and automotive aftermarket analyst, The NPD Group. “Consumers with such vehicles are also moving to more premium products to keep their cars running longer. The higher price points and demand for products to keep cars operating efficiently and also looking good is helping to drive sales for the industry.”

Car purchases aside, the fact that consumers are driving more also has fed the need for regular, routine service and maintenance. At the same time, consumers are putting more miles on their vehicles yet, they also are spending less for fuel. In spite of a 3.3% increase in gallon demand, the U.S. Energy Information Administration says consumers spent almost $112 billion less at the pump in 2015.

In terms of record-breaking weather, very cold, very warm and very wet months all caused various categories to grow at different points during the year. In 2015, 23 states had one of their 10 coldest February temperatures on record, and storms brought snow to the eastern part of the U.S. These winter storms drove sales up almost 14% during the week of Feb. 7, 2015. Growth was seen in categories such as batteries, battery accessories, washer fluids and antifreeze. An unseasonably warm March brought consumers outside to kick off the spring car care maintenance season, and categories including motor oil, appearance accessories and chemicals and air fresheners saw a boost. December 2015 was the warmest and wettest December on record, and all 29 aftermarket categories saw growth after a weak December 2014.

NPD forecasts that automotive aftermarket retail sales will reach $15.1 billion in 2016, growing the industry by 2.7% for the year. Tying in with that, NPD estimates that miles driven will return to a more modest growth rate of around 1.9 percent.

“Historically, the heaviest weighted driver in NPD’s aftermarket forecast was miles driven, but in 2016 I don’t expect that miles driven will continue to grow quite as robust as it has been for the past eight quarters. While I expect it to stay positive, the growth will level off,” said Shipley. “With that, retail price becomes a much more important factor in this year’s forecast. Pricing drove a lot of what we saw in terms of change in 2015, and will be an influential driver in 2016. Macroeconomic trends including unemployment and household income will play into how much consumers are willing to pay for their vehicles and related products.”