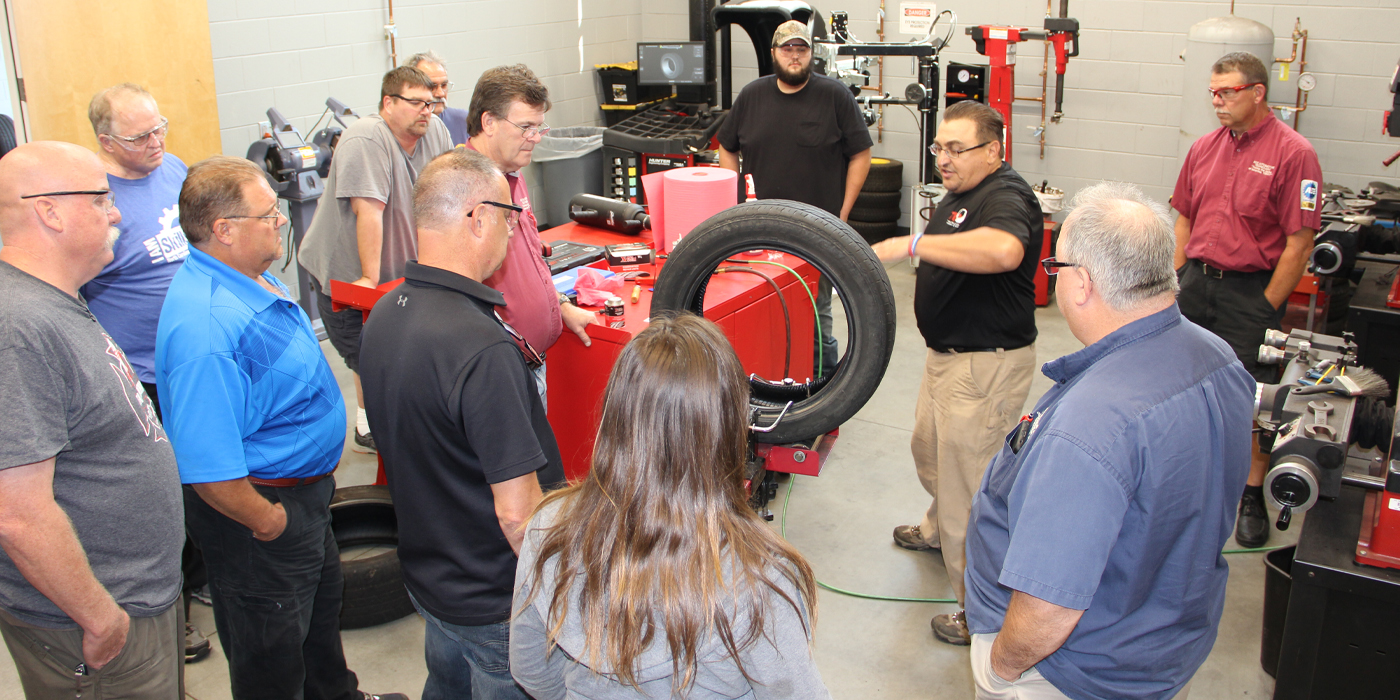 After careful consideration and a unanimous vote from its members, the North Carolina Tire Dealers Association (NCTDA) and the Independent Garage Owners of North Carolina (IGONC) have decided to merge under one entity called the Automotive Service and Tire Alliance.

There are two main reasons why the associations came together, said Reece Hester, who served as executive director of NCTDA and will maintain team leadership as a director of the combined organization. The first being that both organizations are based in North Carolina and the second being that “we’re a little bit on each side of the boundaries of what we do best and to bring those two entities together into one made sense.”

Hester noted there were some “emotional shoelaces” tied in with the decision as NCTDA and IGONC date back to 1964 and 1959, respectively, but all agreed it was time to “move forward with today.”

On the Garage Owner side of the equation, the organization has “positive assets on that side,” Hester said.

“They’re very social media-savvy with most of their members being one-store locations. They are very focused on the technician side of things,” Hester said.

On the tire side, there are a lot of members who own multiple shops, Hester noted.

While both organizations are based in the same state, North Carolina was excluded from the combined association’s name for a reason, Hester said.

“That kind of lends itself to expansion geographic-wise,” he said. “That’s always something we’ll be looking at in the future because both of us have members and industry allegiance outside of North Carolina.”

Both associations offer education programs for their members, and expanding those programs is “going to be a lot of the focus going forward” for the Automotive Service and Tire Alliance, Hester said.

The North Carolina Tire Dealers Association offers TIA training on the ATS side of things at nine community colleges across the state while both organizations “have organized apprenticeships for businesses to engage as the high schooler comes out and goes into community college for scholarships,” he said.

“Going beyond that, we’re seeing it’s necessary to expand on training availability, particularly to the small business owners that may not have the wherewithal to be spending $5,000 a year on training and are looking for some help. That’s where we hope to be able to step in and assist on that,” he said.

The North Carolina Tire Dealers Association offers perks such as uniforms, a lubricants program and a credit card program to its members, which will be available through the combined association as well as some other initiatives that will be brought over from IGONC, Hester said.

Taking advantage of even just one program makes the membership fee worthwhile, he said.

When it comes to attracting new members, much of that will be done through social media expansion “and getting the word out as far as what we’re doing,” he said.

“Legislative action, we have some things in the hopper on that right now,” he added.

The combined association is looking at doing two member conferences this year, one of which takes place in September with the garage owners, and the tire dealers during the spring, Hester said.

“The garage owners event is actually referred to as the ASTE, Automotive Service Technical Expo, and there’s a lot of technician training that takes place at that event,” he said. “Our event has been focused on owner-manager type of training, so we’ll be combining those factors.”

The next event under the combined association is being planned for the spring, but is dependent on the COVID-19 pandemic, he said.

Other programs or projects going forward will be steered by the combined association’s board of directors, Hester said.

The first meeting under the association for its board will take place in October, but a date is yet to be determined. Hester said the association is buttoning up things like closing accounts and opening new ones.

“We have a few things to get through on the front-end side of things before we’re able to get started in the new era of going forward,” he said. “We will be immediately working on the things with respect to our targeted objectives while keeping in mind the focus of how best we can help members achieve their goals. That’s where that is right now.”