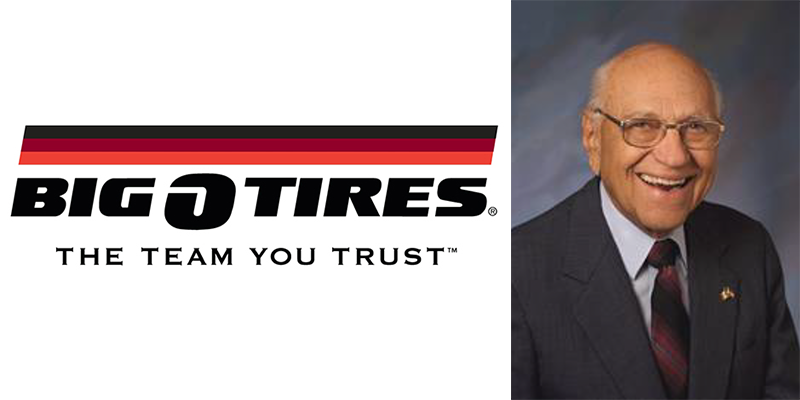 Norman “Norm” L. Affleck, a founding member of Big O Tires and the company’s first president, has died. He passed away Feb. 8, 2019.

Norman “Norm” L. Affleck, a founding member of Big O Tires and the company’s first president, has died. He passed away Feb. 8, 2019.

Affleck flew a B-29 bomber aircraft during World War II, flying 32 missions. When he came back to the U.S. in 1945, he started in the tire business as an owner of an O.K. Rubber Welder store. By 1960, he had six stores in southern Colorado and New Mexico. In 1962, he and a group of O.K Rubber Welder franchisees formed Big O Tire Dealers, Inc.

Affleck served as Big O’s president from 1962 to 1984 and “was instrumental in establishing the Big O Tires brand,” Big O said in a press release. He was inducted into the Tire Industry Hall of Fame in 2007.

“For three years, he flew his plane around the country, at his expense, meeting with independent dealers and selling the Big O Tires concept,” Big O said in a press release. “Norm played a key role in developing many of the programs that make Big O Tires unique. His own experience in the tire business taught him that the best way to make money was to have an exclusive product, program or service, and he worked passionately on all of these.”

In 1965, Affleck developed and implemented the first Speed Lane in the tire industry. He created a drive-through bay in his Denver store. The result was an immediate improvement in customer satisfaction, along with increased productivity and store profitability. The ultimate exclusive was the Big O brand of tires, which was introduced in 1974. Norm retired in 1984, but continued his contributions in the tire industry through new tire manufacturing technology, with two waste hydrocarbons energy companies and consulting.

Big O Tires said it will announce the details of Affleck’s memorial service as they come available.