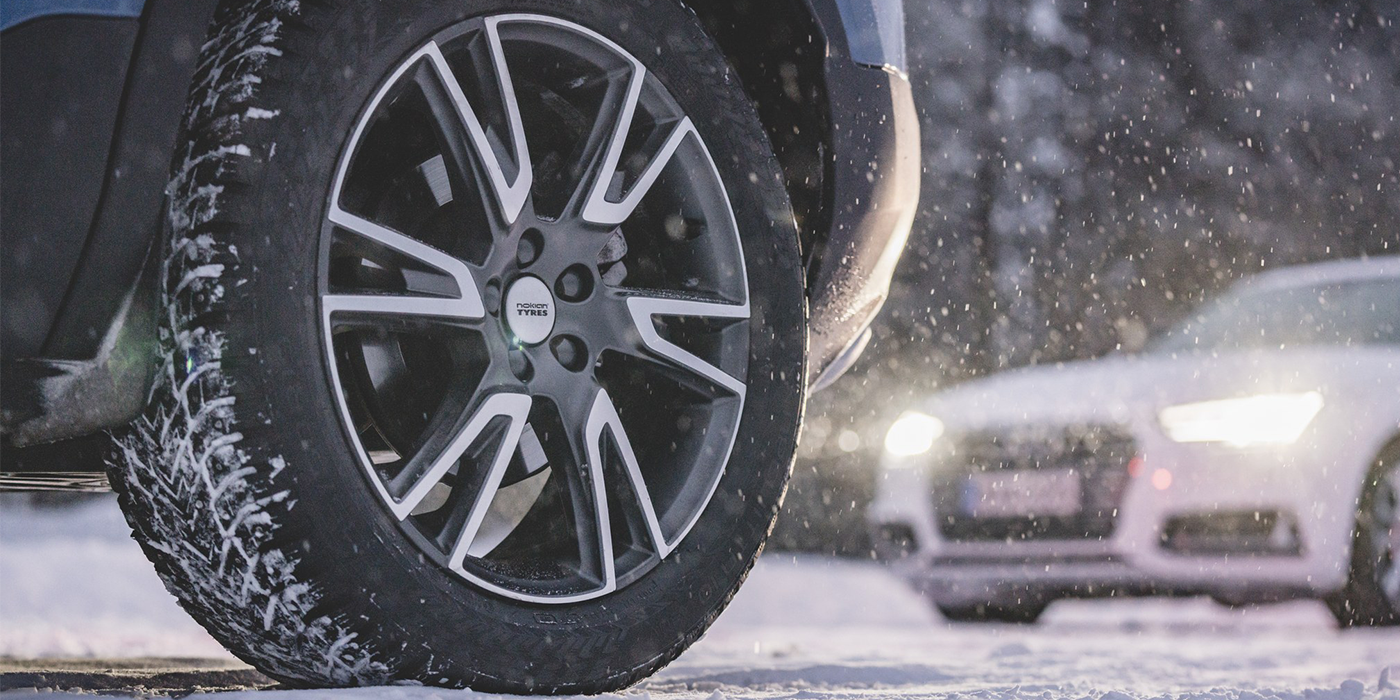 The company says the tire’s double-stud technology is suitable for all winter conditions.

Nokian Tyres is releasing what the company calls its new flagship product: the Nokian Hakkapeliitta 10 studded tire for passenger cars, SUVs and EVs.

During a virtual product launch Jan. 27, participants were transported to Nokian’s White Hell testing facility in Ivalo, Finland, to get an up-close look at the tire’s performance and handling characteristics in snow, slush, ice and a variety of dry conditions in other parts of the world.

During the launch, Nokian officials reviewed the three versions of the tire in the Hakkapeliitta 10 family: The Nokian Hakkapeliitta 10 for passenger cars, the 10 SUV for sport utility models and crossovers, and the 10 EV, a dedicated version for electric vehicles and hybrids. The tire’s range fits 14-22 in. rim diameters and promises superior grip on snow and ice as well as stable and precise handling on bare roads.

All versions of the Hakkapeliitta 10 come with the company’s Double Stud Technology, which features different shaped studs on the tread and the shoulder area. The star-shaped studs on the shoulder are rotated 180 degrees to provide lateral grip and handling, especially on ice. Nokian has also increased the number of studs in each tire and their placement is tailored by size.

Nokian officials say the star-shaped studs themselves are built with Nokian’s Eco Stud 10 technology that has an added base layer thickness plus a special stud rubber cushion that reduces tire noise and road wear.

The Hakkapeliitta 10’s tread pattern is a directional pattern that is heavily siped for improved stability and advanced snow grip. The stiffness in the center area of the tread is achieved by joining the longitudinal center rib and shoulder area together by ribs between the tread blocks. This makes the tire more rigid, which aids in handling response. In addition, the tire’s tread compound offers winter grip by staying flexible in low temperatures. The compound is also sustainable in production, utilizing bio-based materials and raw materials such as pine resin and canola oil, which make up 30% of all materials in the tread compound.

In the SUV version of the tire, Aramid Sidewall technology is utilized for durability. Adding to the durability of the tire are support ribs on the shoulder area that combine with bottom lifts on the tread to improve driving stability.

In the EV model of the tire, Nokian has added SilentDrive Technology, which absorbs vibrations in the tire cavity to dampen noise that often makes its way to the interior of the vehicle. Since electric vehicles have higher outputs and weigh more than cars with an internal combustion engine, Nokian has added a stronger structure and additional rubber to the tread of the Hakkapeliitta 10 EV.

Nokian says the Hakkapeliitta 10 will start shipping to retailers in the spring, and the comprehensive size selection will be available to consumers during the winter tire season of fall 2021.