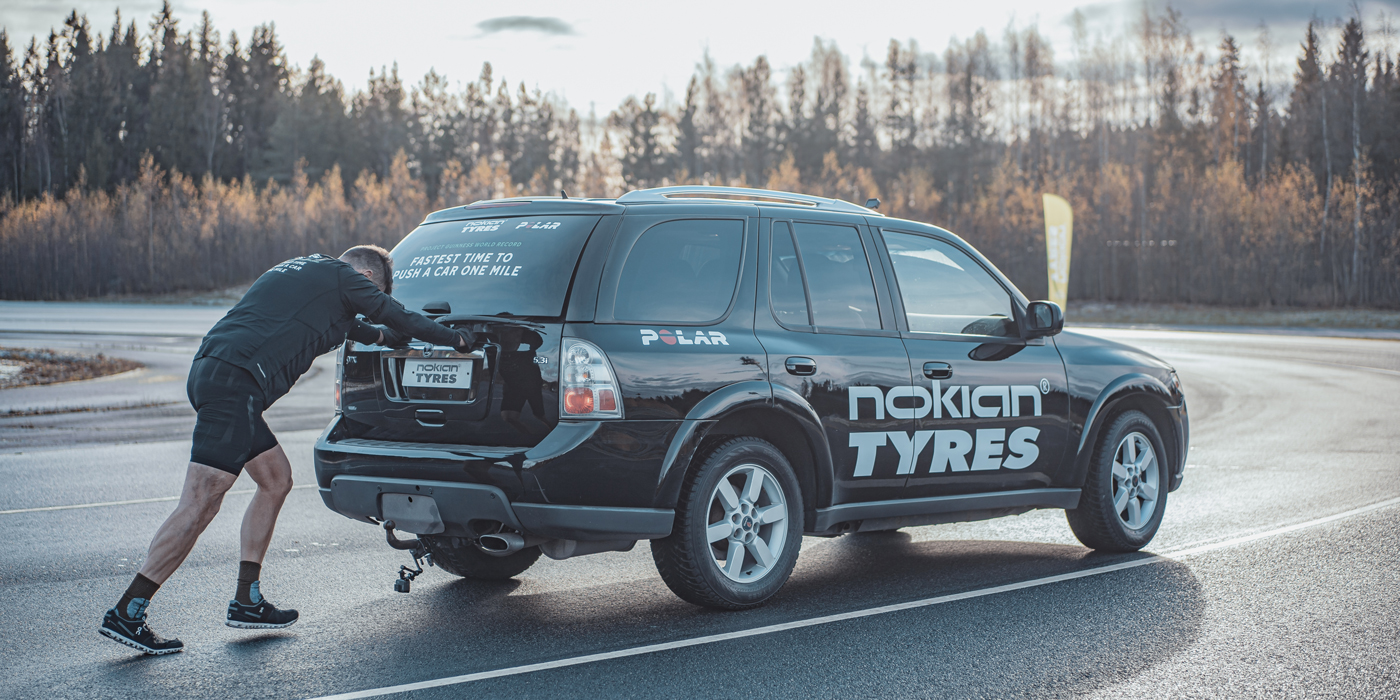 A new Guinness World Record for the fastest time to push a car one mile has been set in Finland. The record was set by Jussi Kallioniemi, who says that this is not a test of brute force but rather an enormous puzzle.

It took Kallioniemi 13 minutes and 26 seconds to push a passenger car, weighing 2,100 kilograms, for one mile in order to claim the world record. The car was equipped with low-rolling-resistance Nokian Hakkapeliitta R3 SUV winter tires. This result improves on the previous record by nearly two minutes. Guinness has officially confirmed the world record for “Fastest time to push a car one mile.”

The record was set on Oct. 24 at the Nokian Tyres test track in Nokia, Finland. For the performance, Kallioniemi used his own car, a 2006 Saab known as “Röhkö.” Nokian Tyres Technical Customer Service Manager Matti Morri was in the driver’s seat.

“People often tell me that I don’t look like a strongman – and I’m not one,” Kallioniemi said. “This was a performance comparable to a medium-distance run, not a show of force. There are two ways to achieve the power you need: either increase your own strength or reduce resistance.”

Kallioniemi has been training at the Nokian Tyres test track, where the tire manufacturer also has its headquarters.

Advertisement
In this article:marketing, Nokian Tyres