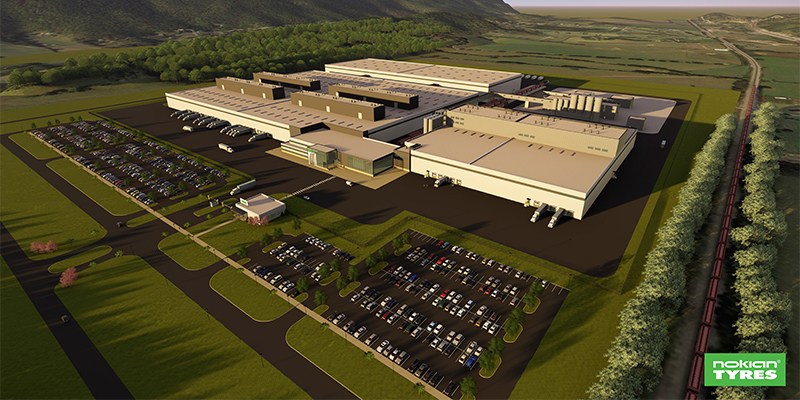 Nokian Tyres is building its first North America-based plant in Tennessee. The plant represents a $360 million investment from the tiremaker and is set to break ground in Dayton, Tenn., in early 2018.

Expected to begin production in 2020, the plant will produce 4 million tires annually. The site will house a distribution facility with storage capacity of 600,000 tires and have room for future expansion.

Nokian will focus mainly on producing its all-season tires to start and the tiremaker hopes the new facility will help meet the growing demand for passenger and light truck tires in the U.S. and Canadian markets, the tiremaker said.

“In addition to increased capacity, the Dayton, Tenn., site’s proximity to North American customers will shorten lead and delivery times,” said Tommi Heinonen, head of Nokian Tyres North America. “It’s our goal that the new plant will help us better serve our growing customer base throughout the U.S. and Canada by improving customer service and efficiencies.”

It is expected the plant will create 400 new jobs within Rhea County, Tenn. Nokian also hopes to work on partnerships within the region and become a long-term member of the community, the company told Tire Review.

“This is a significant announcement for both the state of Tennessee, as well as the city of Dayton,” said Bill Haslam, governor of Tennessee. “It showcases how our state’s ideal location and strong workforce creates an environment where companies like Nokian Tyres will thrive and succeed.”

Nokian will still operate its U.S. headquarters out of Vermont. There are no plans for relocation at this time.

The Tennessee plant will be Nokian’s third production facility globally. The Finnish tiremaker also operates facilities in Finland and Russia.